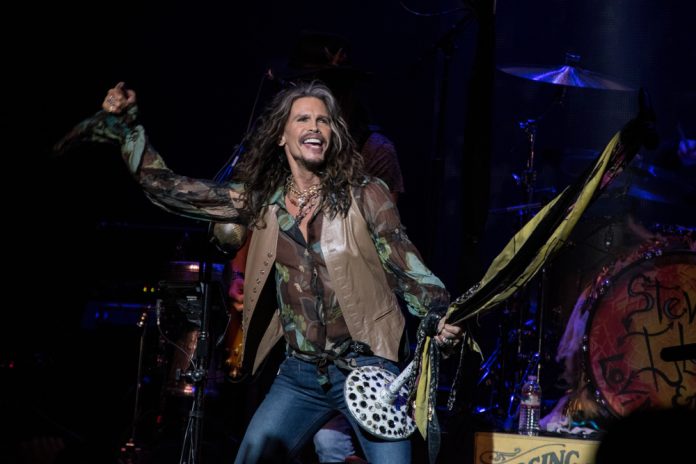 Legendary singer Steven Tyler has just announced a string of tour dates for the U.S. and Europe. The Aerosmith frontman is due to hit the road this summer playing his own material as well as Aerosmith greats.

Tyler released his debut solo record in 2016. Titled We’re All Somebody From Somehwere, the album saw the singer engage with a country sound which landed him a Billboard country album No.1. Depsite getting a tepid response the album shifted 50,000 copies Stateside alone.

The tour kicks off in Lewiston, N.Y on June 12th. Tyler will be backed by Nashville’s Loving Mary Band as well as this Rod Stewart’s daughter Ruby will lend support on a few dates with The Sisterhood Band. The tour will finish up 7th of August at London’s 02 Forum.

Tyler intends to use this tour to talk about how the bigger Aerosmith hits came about,

‘What would I not pay to go see [Paul] McCartney, but instead of playing with whoever he’s with now, actually do a show where he tells you what he was thinking when he wrote ‘Yesterday?’, that’s what I’m doing. I figured I’d talk about ‘Sweet Emotion’ and ‘Dream On’ and where I was when I wrote it, and ‘Seasons of Wither’ and how I played it.’

Steven Tyler toured with Aerosmith last year. However, they were forced to axe a few dates after the singer suffered ill health in South America. Aerosmith have also been working in the studio on a few new songs, but guitarist Joe Perry said he’s remains unsure if those will lead to another album.

Wolfgang Van Halen Explains Why Tribute Gig Has Not Happened