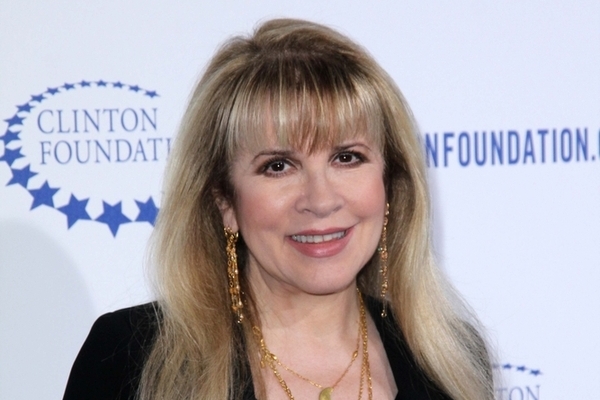 Stevie Nicks has cancelled all of her scheduled 2021 tour dates amid concerns over rising COVID rates.

The Fleetwood Mac singer had a handful of appearances lined up in the coming months, including Austin City Limits, BottleRock Napa Valley and Colorado’s Jazz Aspen Festival. She will no longer be performing at any of them.

Nicks made the announcement via social media on Tuesday night, August 10th.

“These are challenging times with challenging decisions that have to be made,” she wrote on Twitter. “I want everyone to be safe and healthy and the rising Covid cases should be of concern to all of us.”

Despite being vaccinated, Nicks expressed concern due to her age.

“While I’m vaccinated, at my age, I am still being extremely cautious and for that reason have decided to skip the 5 performances I had planned for 2021,” she wrote.

Nicks said she is taking the measures to ensure to ensure she can continue her career for another decade.

“Because singing and performing have been my whole life, my primary goal is to keep healthy so I can continue singing for the next decade or longer,” she wrote. “I’m devastated and I know the fans are disappointed, but we will look towards a brighter 2022.”

Bottlerock, which will be held in California’s Napa Valley between September 3rd and 5th moved quickly to announce Chris Stapleton as Nicks’ replacement on the bill. The other headliners at the California fest are Foo Fighters and Guns N’ Roses.

Can we pour you a glass of Tennessee Whiskey? 🥃 💕

We can’t wait to rock with @ChrisStapleton this Labor Day weekend 🙌 🎶 pic.twitter.com/xqGlKpl6pp

Austin City Limits have yet to announce a replacement.

“Unfortunately, Stevie Nicks will no longer be performing at this year’s festival,” the Texan festival wrote on Twitter. “Stay tuned for lineup additions coming soon.”

JazzAspen sent a similar message on their Twitter, which read “Unfortunately Stevie Nicks will no longer be performing at the upcoming JAS Labor Day Experience, but no need to panic! Very exciting new line-up information coming tomorrow!! If you currently have tickets for Stevie’s performance we’ll be in touch soon with more details.”

Unfortunately Stevie Nicks will no longer be performing at the upcoming JAS Labor Day Experience, but no need to panic! Very exciting new line-up information coming tomorrow!! If you currently have tickets for Stevie’s performance we’ll be in touch soon with more details. https://t.co/mFHu5dPRM8

Nicks had been scheduled to perform at the New Orleans Jazz and Heritage Festival. That event was cancelled this week due to worries over the growth of COVID cases in Louisiana.

Live music reopened in the US earlier this summer but COVID has been wreaking havoc on the touring circuit. In the past week Counting Crows, Limp Bizkit, Lynyrd Skynyrd and Fall Out Boy have all had to pull out of shows due to COVID outbreaks within their camps.

“I was surprised that all of these acts were going out this quick,” tour manager Malcolm Weldon told Rolling Stone. “But I’m not surprised by this news. Our biggest fear is that the next thing, we’ll start shutting down again.“