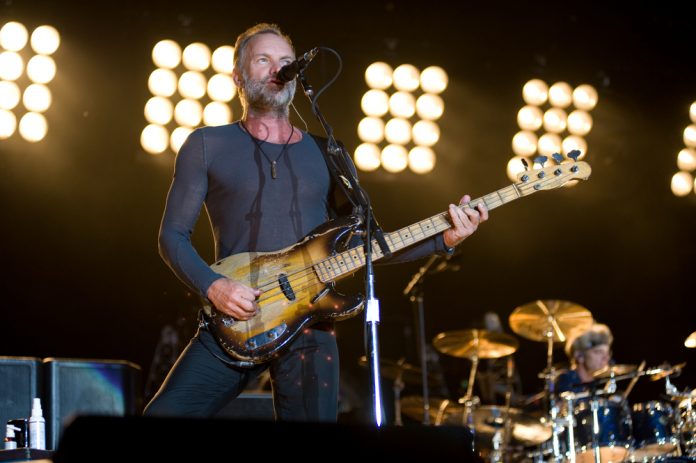 Stewart Copeland has stated that the widely held belief that the members of the Police didn’t get on with each other was a “huge myth.”

The drummer went on to say that the rock band only ever endured tension between themselves over creative issues. Speaking to Billboard via UCR, Copeland shed light on the supposed conflict:

“We like each other, and we always have. There was creative tension, but our relationship with each other was then, and has always been, strong. … We always enjoyed each other’s company — and still do.”

The musician maintained that the group’s reunion tour in 2007 had confirmed their dynamic as a “happy family,” but he made sure to say that no member felt the need to reunite again:

“Right now it’s just so great to hang with my buddies, who are like brothers, without clouding it with the issue. The issue is that although we’re very proud of the music we made and very proud of the impact of the band, it was very difficult.”

“The music each of us makes in our own world now is very wonderful and rewarding. We know that when we go in that rehearsal room together we’re going to start screaming at each other again, and I’d rather laugh.”

Copeland recently reunited with frontman Sting to work on a TV documentary, and said the pair had enjoyed “a good laugh about the old times.”

He’s also about to re-release his documentary Everyone Stares, which he filmed himself during the band’s career, complete with new commentary from himself and guitarist Andy Summers.

Copeland believes that Everyone Stares reveals the reality of the band members’ relationship with each other:

“There are a couple of sequences where we’re visiting radio stations, get in the car, drive to WMM-something, talk to the guy there, then drive across down to WZZRT, or something, and you see us living our day, joking to ourselves,” he said.

“There’s footage of us just wandering the halls of radio stations, just bullshitting – at one point dancing in the dressing room. It’s just three guys with nothing to do for kicks but hang out while this incredible rocket ship was on its journey.”