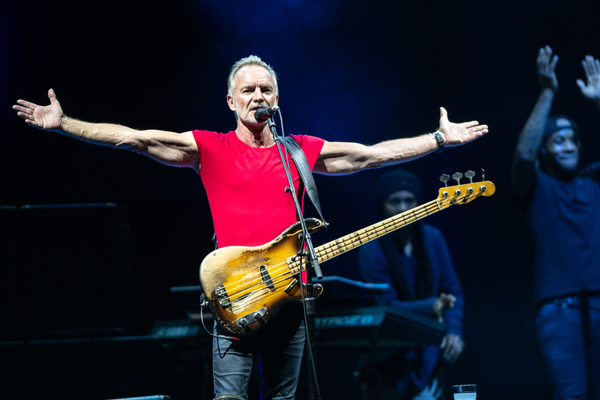 A man of many incredible talents, Sting may have good reasoning to add another notch to his already laden belt. The Roxanne hitmaker has compared his singing in the song as heavy metal because of the uniqueness in his singing.

Recently discussing the uniqueness of his voice with YouTube’s notable music teacher, Rick Beato, Sting referenced the’78 classic track. Following Beato’s comments on the distinguishable vocals at low volume, the multi-instrumentalist explained that “register is interesting” when creating vocals.

The musician points out that “most heavy metal singers sing up there” in the high register. “So, I’m a heavy metal singer, but I have a little more melody. It’s the same way, to get above the noise of the band … you can’t be a baritone in a rock band, really”, Sting continued. “The same way a sergeant major in the army would scream and yell on the paragram. Why? Because they had to get over the sound of artillery in battle, you know, they have to be heard. Singers have the same need.”

Looking back on The Police, Sting says their proudest feat is that their music does not sound from any particular era. Their timeless classic, Roxanne, “still resonates today, as if it was a modern song. A lot of our songs still do [as] they’re not rooting in time; they’re sort of unmoored”.

Following the release of his latest studio album, The Bridge, Sting discussed his choice in creating a solo career after final Police album, 1983’s Synchronicity.

“My instinct was that we’d achieved everything we could possibly have thought to achieve,” Sting explains. “After that you get diminishing returns of satisfaction. So, I needed to take another risk with my life. And of course, I had momentum because of the success of the Police – whatever I did next, people would be at least curious. So, I used that momentum to boost me into another career, but it was a risk. I think art is always about taking a risk. If you’re not taking a risk, you’re not doing it.”

Videos: Jason Bonham, Foreigner And Whitesnake Kick Off Their US Tour!