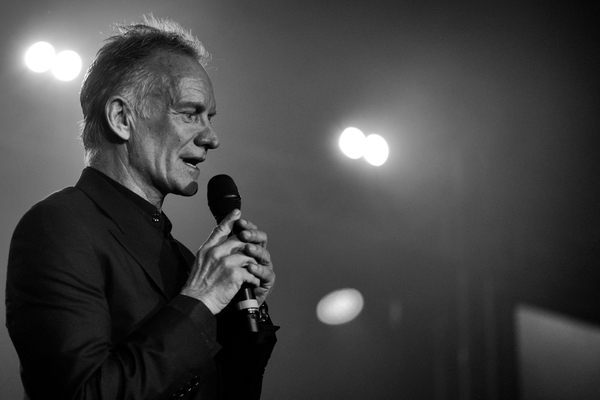 Sting has sold his entire songwriting catalogue to Universal Music Group, in a deal reportedly worth $250 million (£184 million).

This deal includes songs that Sting wrote for his band The Police. These tracks include “Every Breath You Take”, “Roxanne” and “Every Little Thing She Does Is Magic”.

The deal also sees Sting sell the rights of his solo tracks including “Fields Of Gold”, “Englishman In New York” and “Shape Of My Heart”.

Speaking of ‘Roxanne’, Sting also compared the vocals used in the track to that of heavy metal. More on that here.

Reacting to this deal, Sting also expressed his delight in securing this deal, where he feels “valued and respected”.

“I am delighted to have Jody (Gerson, Chairman and CEO of Universal Music Publishing Group) and the team curate and manage my song catalogue”, he said.

“It is absolutely essential to me that my career’s body of work have a home where it is valued and respected – not only to connect with longtime fans in new ways but also to introduce my songs to new audiences, musicians and generations”.

Sting also added, “Throughout my career, I have enjoyed a long and successful relationship with UMG as my label partner”.

“So it felt natural to unite everything in one trusted home, as I return to the studio, ready for the next chapter”.

Giving his reaction to this deal, Jody Gerson could not contain his joy at securing a deal with a singer that he has admired for years, tracing back to his youth.

“So many memories from my youth are tied to the great songs written by Sting”, he said. “Whether it was first seeing the Police perform in Philadelphia or hearing his music on the radio or playing those albums until I wore them out”.

Gerson also added, “I could never have imagined that someday I would get to lead a company that will be the guardian of Sting’s remarkable songwriting legacy. Every one of us at UMPG looks forward to this work with a sense of honour, responsibility and enormous excitement about what we can achieve for his music in the future”.

The company’s chairman Lucien Grainge also had this to add.

“Sting is a songwriting genius whose music permeates global culture. We are honored that by choosing UMPG for his music publishing”, he said.

“Sting’s entire body of work as a songwriter and recording artist — from the Police to his solo work — will all be within the UMG family. It’s a responsibility we don’t take lightly as well as a great validation of what we have built for artists at UMG”.