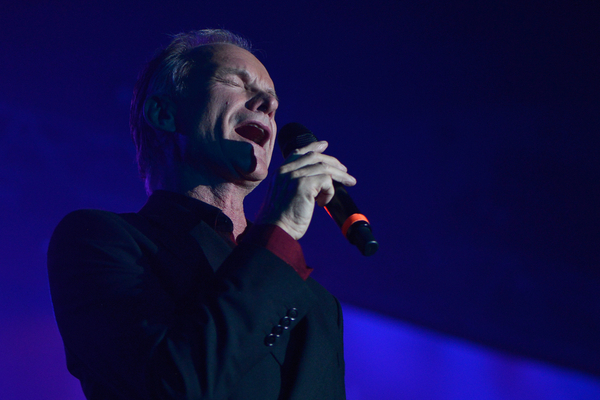 In support of the people of Ukraine, Sting has shared a new cover of his 1985 track “Russians”.

The track which dismisses mutually assured destruction, was inspired by the Cold War between the United States and then Soviet Union.

‘Russians’ also featured on Sting’s debut solo album The Dream Of The Blue Turtles and reached number 16 in the Billboard Hot 100.

“never thought it would be relevant again”

In the video, Sting himself can be heard saying the following.

“I’ve only rarely sung this song in the many years since it was written, because I never thought it would be relevant again”, the singer said. “But in the light of one man’s bloody and woefully misguided decision to invade a peaceful, unthreatening neighbor, the song is, once again, a plea for our common humanity”.

Sting also added, “For the brave Ukrainians fighting against this brutal tyranny and also the many Russians who are protesting this outrage despite the threat of arrest and imprisonment: We, all of us, love our children. Stop the war”.

Sting’s video also includes the shpping address of a Polish warehouse. This warehous is also sending out care packages in co-ordination with Ukraine’s Armed Forces.

Sting is also not the only rockstar pledging their support to the people of Ukraine.

Earlier today, we mentioned that Deep Purple and Rammstein had shared supportive messages for Ukrianian people following the Russian invasion.

Along with their supportive message, Deep Purple have also cancelled their upcoming shows in Moscow and Kiyv.

“The band Rammstein wishes to express its support for the nation of Ukraine as it resists the shocking attack perpetrated by the Russian government”, they said.

“Above all at this moment, we feel particular grief for the suffering of the Ukrainian people”.

“Each member of the band has various experiences of the two countries; all members of the band have friends, associates, partners, fans in both lands”. More on this here.