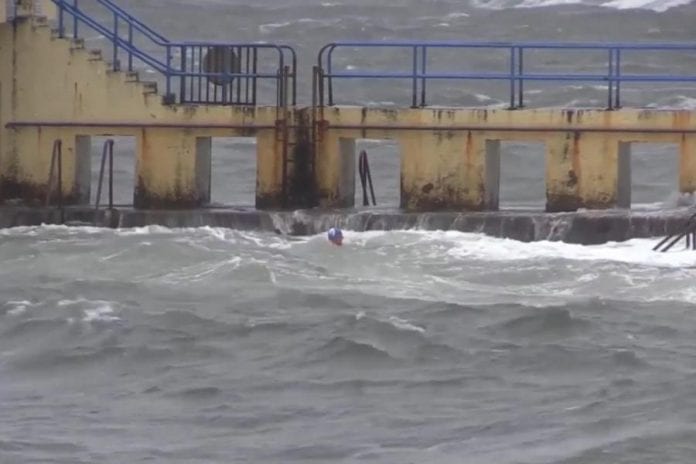 A Government Minister says he’s ‘furious’ with people who ignored safety warnings during yesterday’s storm. Housing Minister Eoghan Murphy, whose department takes the lead on the country’s emergency plans, was responding to reports that swimmers had been spotted at Salthill in County Galway.

The lifeboat was also dispatched off Dundalk Bay after two kite surfers were seen in the water.

But Minister Murphy says their actions were totally unfair:

“Personally that made me furious – we were in here trying to co-ordinate the emergency response to make sure people were safe. We were doing everything that we could to try and protect people from the danger that storm was causing..The idea that people might put their own lives at risk and at the same time tie up vital emergency services to go and help those people – it really wasn’t something that we were happy with what we were seeing.”

There have been some calls for people who knowingly put their lives and those of emergency service personnel at risk to be sanctioned, which Murphy said he would be in favour of;

“There are going to be future weather events and while we have to coordinate an emergency response we have to make people see that they are putting other people’s lives at risk and they are tying up the emergency services…..A penalty would be something that I would be happy to consider given what we saw yesterday during a crisis that we were trying to manage.”

One Woman Dies In Road Collision As Another Is Hospitalised