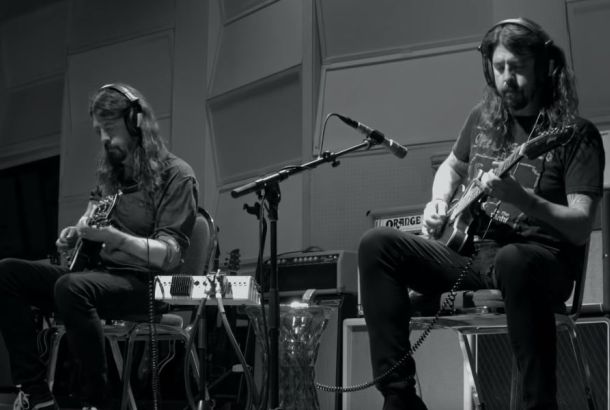 Foo Fighters lead singer Dave Grohl has released a mini-documentary which sees the frontman playing all seven instruments during a 23-minute piece of music. The documentary and recording, Play, are available below…

The documentary, directed by Grohl is in two parts and deals with the challenges and the life-affirming effect music has on people and communities. The second part of Play then moves into the astonishing 23-minute instrumental recording. The entire song was played by Grohl, each time on a different instrument, live for 23 minutes. Speaking about creating music in the documentary, Grohl says: “It’s not something that you ever truly master. You’re always chasing the next challenge, and you’re always trying to find a way to improve on what you’ve learned.”

The one-man-band instrumental features Grohl on all seven instruments on the track. Grohl played the entire song multiple times and performed on a different instrument for each take for the full 23 minutes. Cinematographer, Brendan Trost adopts various lighting styles to complement the dynamic of the instrumental, which moves from hard-rocking prog rather like early Rush to more atmospheric and melodic passages similar to the music of the Foos.

As well as drums and guitar, Grohl plays bass, keyboards, xylophone, shakers and vibes. “It was great because some of these instruments I don’t even play. Sitting in front of a percussion station of vibes and shakers, that’s not my natural habitat, but stepping in front of it and making it through those 23 minutes felt really good,” said Grohl.