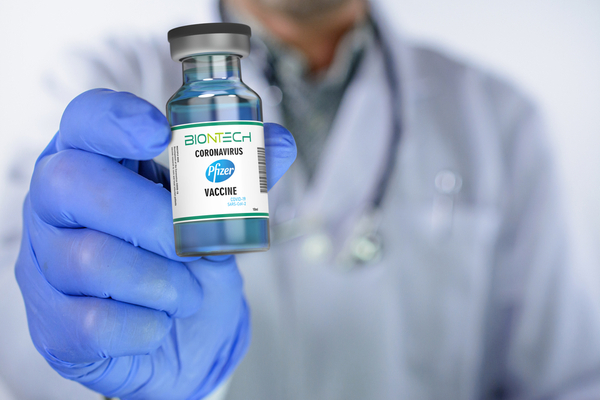 A new study in Israel has found that just one half of the two-dose vaccine, produced by Pfizer-BioNTech, is 85% effective. The finding heightens the debate over the possibility of spacing out the time before the second dose.

The Sheba Medical Centre conducted a study showing the early rate reductions of SARS-CoV-2 infection and COVID-19 in BNT162b2 vaccine recipients. The results were published yesterday on medical journal Lancet. More than 9,000 healthcare workers took part in the study, which provided support of delaying the second dose in countries facing vaccine shortages and scarce resources.

Based on more than 9,000 eligible staff from the Israeli research hospital, the study displayed a drop by 85% of staff presenting COVID-19 symptoms after a period of 15 to 28 days after the first dose. The overall reduction of infections detected by testing, critically including asymptomatic cases, was 75%.

According to the study, the reductions of infections “provide support of delaying the second dose in countries facing vaccine shortages and scarce resources, so as to allow higher population coverage with a single dose”.

However, it added that a longer follow-up is required to assess the long-term effect of a single shot to “inform a second dose delay policy”. Sheba epidemiologist, Gili Regev-Yochay warned that the staff studied at the hospital was “mostly young and healthy”.

She told reporters that unlike Pfizer-BioNTech’s own clinical study, “we don’t have many (staff) here aged over 65”. However, she did note that the Sheba study took place during a surge in COVID-19 infections in Israel, which flooded hospitals with new cases.

Pfizer declined to comment on the data, saying in a statement it was doing its own analysis of “the vaccine’s real-world effectiveness in several locations worldwide, including Israel”. The company said it hopes to use Israeli data to look at the potential of the vaccine to protect against COVID-19 arising from emerging variants.

Israel signed an agreement with Pfizer which promises to share vast troves of medical data with the pharma company in exchange for the continued flow of its vaccine. Since then, Israel has gone on to become a real-world test laboratory.

The Israeli study comes a day after Canadian researchers suggested that the second Pfizer-BioNTech dose be delayed given the high level of protection from the first shot in order to increase the number of people getting vaccinated. Their research showed efficacy of 92.6% after the first dose, based on an analysis of the documents submitted by Pfizer to the US Food and Drug Administration (FDA) in December.

The results from the Sheba Medical Centre add to another laboratory study in Israel at the Rambam Health Care Campus. This study found that 91% of 1,800 health workers reportedly developed antibodies 21 days after receiving the first dose and before getting the second one.

In December, the FDA said data from those trials showed that the vaccine began presenting some protection to recipients, before they received the second shot. However, they say more data would be needed to assess the potential of a single dose shot. Pfizer has said alternative dosing regimens of the vaccine have not been evaluated yet and that the decision resided with health authorities.