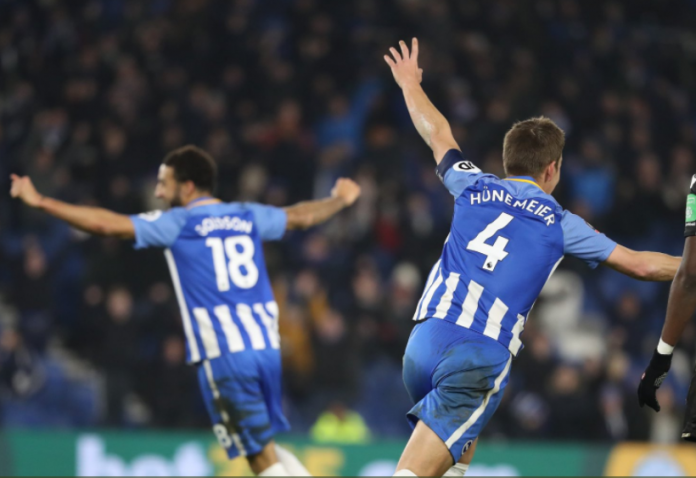 In its first trial during Brighton’s 2-1 FA Cup third round win over Crystal Palace.

There were suggestions Glenn Murray’s late winner for Albion may have gone in off his arm – after hitting his knee – but there was no official review.

Hodgson says the referee probably got the decision right – and has no complaints.

Brighton knocked out rivals Crystal Palace to set up an FA Cup fourth round clash with Middlesbrough.

There were suggestions the ball may have hit the striker’s arm on the way in – but there was no official review.

Ref, Andre Marriner was in discussion with VAR officials -but the decision was – that nothing needed reviewing on the field.

There will be bigger tests for the system but the verdict was it’s passed its first examination.

Taylor Made for Success