Home Entertainment The Summer Series at Trinity College is back 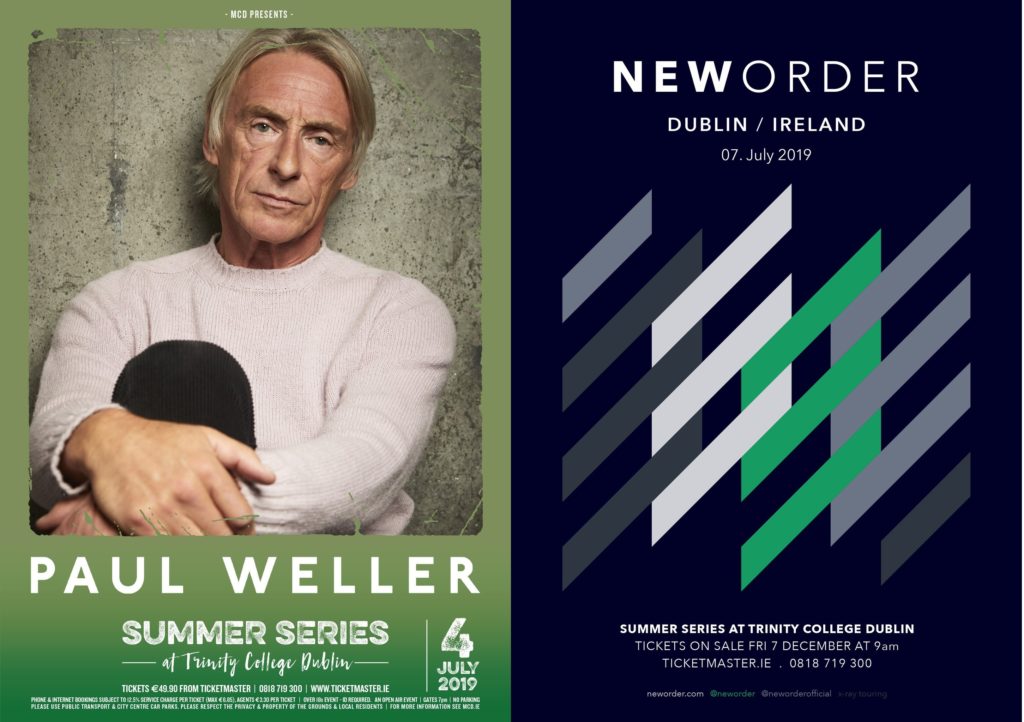 The Summer Series at Trinity College is back for July 2019 with two BIG announcements made today.

On July 4th Paul Weller headlines The Summer Series. Last year saw the 40th Anniversary of Paul Weller’s first album, “In The City”, which he released with The Jam in May 1977.

He was recently voted ‘Best Act In The World’ by Q Magazine and sold out three shows at The Olympia Theatre last February. His 26th studio album ‘True Meanings’ heralded a four star review in The Irish Times and is out now.

Closing the series on Sunday July 7th is New Order. Rising from the ashes of the legendary British post-punk band Joy Division, the enigmatic New Order triumphed over tragedy to emerge as one of the most influential and acclaimed bands of the 1980s.

New Order performed as part of Manchester International Festival 2017 for a series of unique shows in collaboration with Liam Gillick, conducted by Joe Duddell and curated by Dave Haslam and Mark Beasley. These shows were such a success, they were taken to Turin and Vienna in May 2018 to further great acclaim.

Tickets for both shows go on sale at 9am this Friday, December 7th via Ticketmaster outlets and www.ticketmaster.ie