Home Music News Supergrass At The Olympia For Valentine’s Day All You Need To Know! 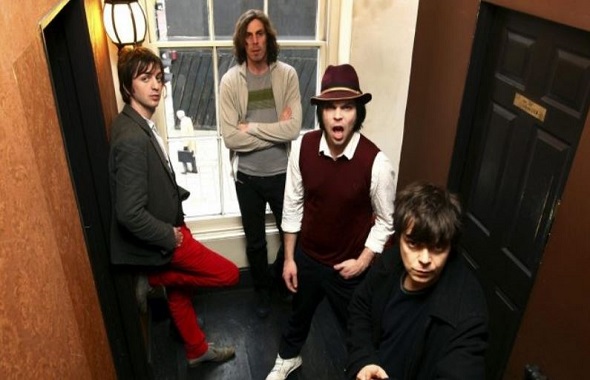 Oxford’s finest melodic rockers Supergrass will be unleashing their adrenaline-fuelled tunes of fun at The Olympia on a special Valentines Day gig at The Olympia next year.

If your date has gone well you can also come back for more as Gaz and co will also paly the venue on the 15th of February 2020 as well.

The band announced that they are reforming for a tour of theatres in Ireland, UK, Europe and North America.  It all kicks off in Paris on 4th February.

The box set, marking the 25th anniversary of ‘I Should Coco’ is being released in celebration of their incredible career, and is going to be released in January.

Did you know… 5 facts about Supergrass;

They were originally called Theodore Supergrass for two months, but soon decided that, “Theodore was a bit rubbish so we took that off.”

The band only recently reformed, getting back together in July of this year, but unfortunately for their legion of fans, they have no intention of writing any new material for the foreseeable future…

Fortunately though, the boys are all doing their own things, with Gaz Coombes having a pretty successful solo career of his own. He released his third solo album, ‘World’s Strongest Man’ in May of 2018 and also launched the single, ‘Deep Pockets’ in January of that year. The album charted at number 12 on the UK Albums Chart.  .