Home Entertainment Supersize Me Star & Director Morgan Spurlock Has Admitted A History Of... 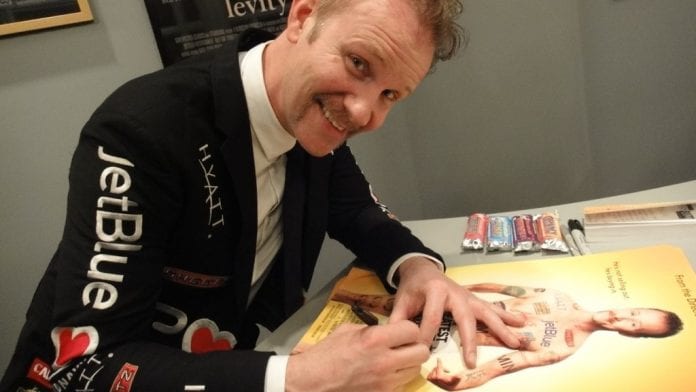 ‘I am part of the problem’

These are the powerful words Morgan Spurlock has penned in a long confession to a history of sexual misconduct online. You might remember Spurlock from ‘Supersize Me’, the documentary which opened the public’s eyes to the health implications of eating too many big macs, chicken nuggets and anything else Ronald has on the menu. He also directed One Direction’s This Is Us documentary, but we doubt you’ll remember that one.

It feels less and less shocking every time a new name is added to the list of men accused of sexual misconduct these days. But Spurlock hasn’t actually been accused of anything… yet anyway. He has decided to open up about his past misconduct freely, without pressure. Bit strange…

In his letter of confession he recalls a number of past incidents, “that parallel what we see everyday in the news” since the scandal of Harvey Weinstein’s behaviour broke. Among the incidents, he has said that he was accused of rape in college, settled a sexual harassment lawsuit with a past employee and has been unfaithful to every wife and partner he has ever had.

“As I sit around watching hero after hero, man after man, fall at the realization of their past indiscretions, I don’t sit by and wonder “who will be next?” I wonder, “when will they come for me?”,” he wrote. “You see, I’ve come to understand after months of these revelations, that I am not some innocent bystander, I am also a part of the problem.

“I’m sure I’m not alone in this thought, but I can’t blindly act as though I didn’t somehow play a part in this, and if I’m going truly represent myself as someone who has built a career on finding the truth, then it’s time for me to be truthful as well.

“I am part of the problem.”