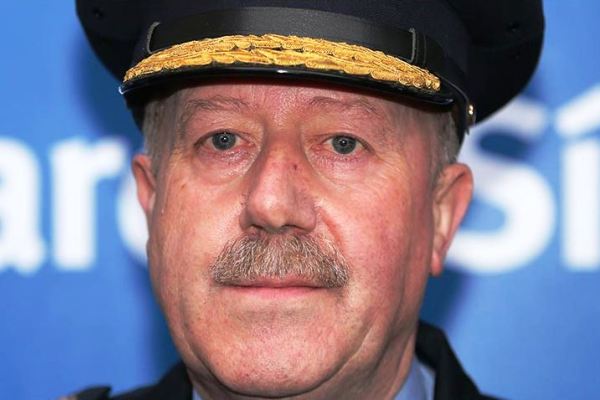 The Attorney General is examining whether former Garda Commissioner Martin Callinan can be personally pursued for some of the costs of damages that may be paid to whistle-blower Maurice McCabe.

During today’s Leaders’ Questions, Leo Varadkar said he wished to see all cases involving state agencies and former Sergent McCabe be settled following the broadcast of an RTÉ documentary on the ill-treatment of McCabe at the hands of Callinan.

The Taoiseach has confirmed he’s asked the Attorney General to see whether Martin Callinan and the former Garda Press Officer Dave Taylor can be asked to pay towards any settlement that might be made with Mr McCabe following his legal cases.

Sinn Féin President Mary Lou McDonald said given the damning conclusions of the Disclosures Tribunal, Mr Callinan should not receive “one red cent” to fund his defence.

The decision to offer support Martin Callinan was taken in July ahead of the publication of the third interim report of the Disclosures Tribunal according to Mr Varadkar in response to the Sinn Féin leader.

He reiterated his belief that Mr McCabe, who recently retired after 30 years’ service, was a “distinguished” member of An Garda Síochána.

Justice Minister Charlie Flanagan informed the Dáil he had met with Mr McCabe and his family to offer a State apology to him face to face. He said he is willing to debate the issue of the review on the Callinan case in the Dáil if desired.

Mr Varadkar said he shares the public anger at repeated senior public servants, involved in wrongdoing “sailing off into the sunset” with generous retirement packages.

In response to a question from Social Democrat Róisín Shortall, he said:

“I get extremely annoyed when people who get involved in wrongdoing ‘sailing off into the sunset’ with golden handshakes but we have to be conscious of people having paid into their pension funds.”