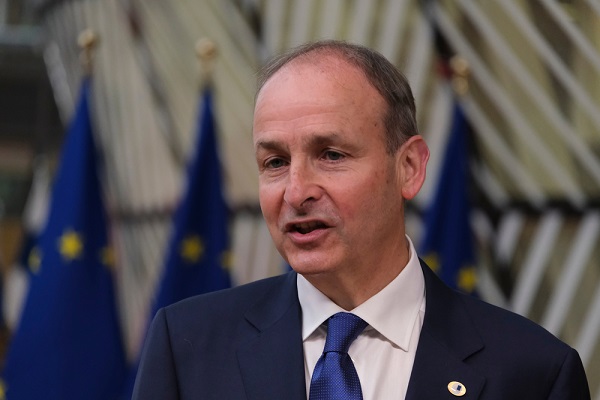 Taoiseach Micheál Martin has suggested that Irish politics is “angrier and more divisive” due to the influence of social media. The Fianna Fail leader believes that the Dáil is being impacted by outrage on social media with people demanding decisions “on the hoof”.

Martin said he was inspired by US President Joe Biden’s speech calling for unity and less divisiveness in politics. The Taoiseach shared “a warm conversation” over the phone with the then President-elect Biden in November.

The 60 year-old Taoiseach feels that the influence of social media outrage has forced Ireland’s politics to become more divisive. In an interview with The Sun, Mr Martin said he does think “politics is becoming angrier and more divisive. I’m struck in the Dáil, and even during this second phase of Covid, the same unity of purpose is not there, and people are taking shots. Sometimes rather cheaply, in my view”.

The Taoiseach said he has “no issue with being held to account” as he believes that is important, and that “serious questions have to be asked”. However, Mr Martin believes the online and social media influence in politics is “something we need to watch” and believes it has become “very divisive, and very angry.”

The Taoiseach thinks online outrage is starting to impact the formulation of policies, as politicians react to social media storms. Mr Martin believes social media is “dictating a lot of the trends in policy formulation” and that there is almost an immediacy in social media that is finding its way into the Dáil and he believes “we just need to calm it a bit”.

“It’s a new force in the capacity of a platform to undermine a person, undermine a government, undermine a party. It opens up a whole range of challenges and I think we need a healthy discussion on it.”

Murderer Dywer Must Wait To See If State Wins Appeal Against...