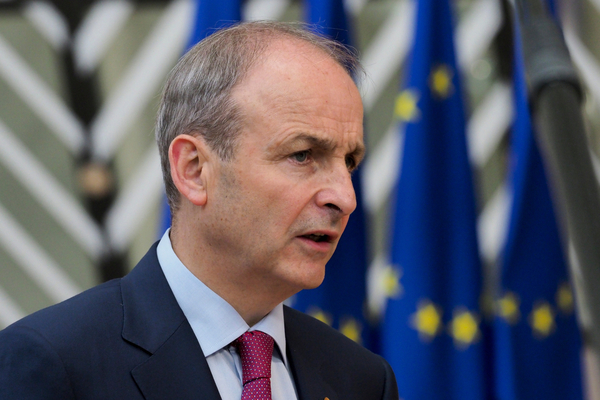 Micheal Martin was due to meet Joe Biden in person at the White House today.

The two leaders were at an Ireland Funds Dinner last night, when the Taoiseach received the news of his positive result.

He had been sitting next to 82-year-old House Speaker Nancy Pelosi without a mask, and had to leave the event shortly after the starters were served.

The meeting between the Taoiseach and the US President to discuss the war in Ukraine as well as business and cultural relations between Ireland and the US will  now happen virtually instead.

At the gala last night, Joe Biden said Ireland has an important role to play in shaping the future of the world.