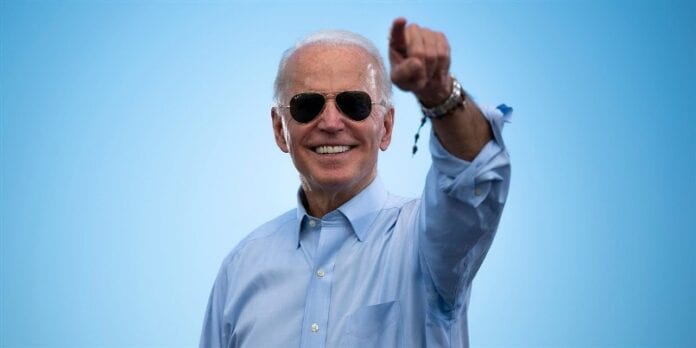 A Fianna Fáil MEP has called on the Taoiseach to use his St Patrick’s Day meeting with Joe Biden to ask him to give Ireland spare vaccines.

Billy Kelleher made the call as the US is sitting on tens of millions of doses of AstraZeneca while it awaits further trials.

Tens of millions of doses of the precious vaccine are sitting in storage in the US ahead of further trials, which has led to a queue forming to ask Joe Biden to release them.

But it’s seen as highly unlikely those doses of AstraZeneca will go to the EU even if he does, with the US more likely to prioritise poorer countries struggling to get access.

AstraZeneca has been dominating the headlines this week.

This afternoon the National Immunisation Advisory Committee said it won’t be suspending the use of the vaccine as some countries have amid fears about blood clots in some vaccinated people.

It’s also approved the vaccine for use in over-70s – which would be good news for the roll-out, if AstraZeneca was delivering the amounts it promised.

Taoiseach Micheál Martin is seeking a meeting with the head of the group next week over constantly changing amounts being delivered.

It’s also been reported a further 25% cut in the promised supply to the EU could be on the cards.

If it happens, then AstraZeneca will have failed to deliver 2 out of every 3 vaccines it promised for the first quarter of the year.

Public and political patience is running low with the under-deliveries, but government Ministers are at pains to point out there’s very little they can do to magic up replacement vaccines.

Billy Kelleher was commenting after reports in the media suggested that at least 30 million doses of the vaccine is sitting in freezers in AstraZeneca’s facility in West Chester, Ohio.

Additionally, enough vaccine has been produced at Emergent BioSolutions, a company contracted by AstraZeneca, in Maryland to deliver tens of millions more doses if given the go-ahead.

“I’ve written to An Taoiseach requesting that this issue be raised with President Biden next week. These vaccines all have a limited shelf life, and with the FDA having not authorised AstraZeneca’s use in the US, they need to be used somewhere and soon.

“This is an opportunity that cannot be missed or ignored. It’s too important not to at least try.

“The Irish Government shouldn’t be shy about asking one of our oldest allies and a US President who is incredibly proud of his Irish heritage that when a decision is made to share them with the world, that Ireland is top of the list.

“Just one million doses would be transformative for the vaccine programme in Ireland, and it needs to be on the agenda next week.

“Separately, I have written to President Biden requesting that he review and relax the export bans currently in place in the United States. This is incredibly important as the EU seeks to secure the vaccines it is owed by the pharmaceutical companies.

“The Taoiseach advocating on behalf of the Irish people, especially when it comes to saving lives is always the right thing to do,” concluded Kelleher.

No Covid Related Deaths Recorded Along With 11 New Cases