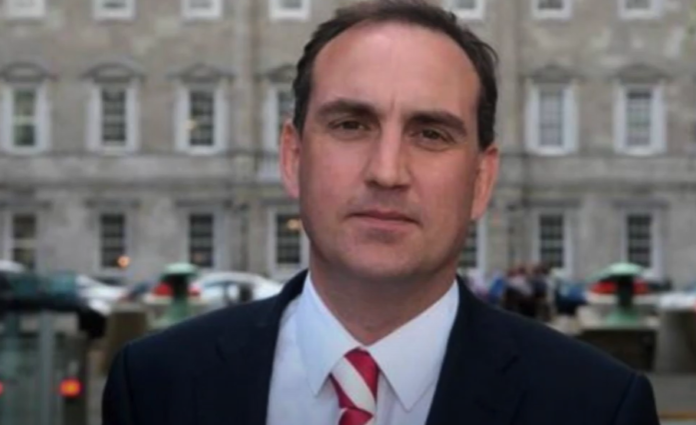 At the meeting, the TD said, “What’s the attitude to the Sputnik Russian vaccine? Are EU prejudices going to prevent the consideration of it?”.

Mr MacSharry added that Hungary had done a unilateral deal for the Sputnik vaccine supply, as doubts had been raised about the jab’s efficacy.

President, Vladimir Putin also added that the jab had been tried in South America.

MacSharry said at the meeting, “My view is if it works let’s get it. No matter who has a vaccine that works we should be buyers”.

The TD also said that the EU had “failed us”. He added that the bloc had put all its faith into in the development of the French-based jab, which did not materialise.

Mr MacSharry said that the EU were hesitant in their purchasing of the vaccines. He said other countries went in quicker and were willing to pay higher prices. He described it as “basic supply and demand economics”.

The TD for Leitrim and Sligo then went on to make the KKK comment during this Fianna Fáil Parliamentary Party. He subsequently withdrew the remarks and issued an extreme apology. The TD also said that it was an extreme analogy.

Marc MacSharry acknowledged that he made the reference to the organisation. He also said that the comment had been “withdrawn and clarified” straight away.

“I abhor the very existence of such organisations” the apologetic TD said.

One of the attendees from the meeting also added, “He should have said we would buy vaccines from the devil himself, which was his point”.

This comes after another TD apologised for comments made about children recently.

Missing Wallaby On The Loose In County Tyrone!