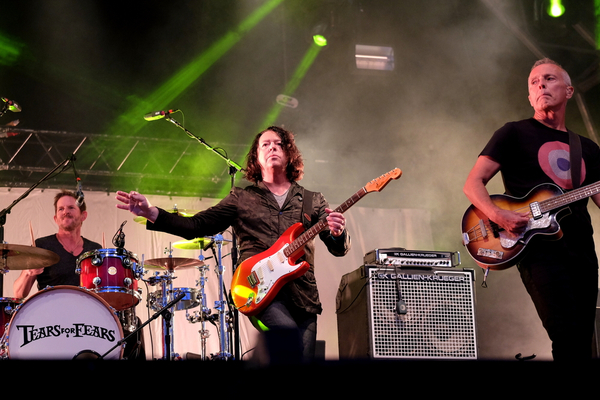 Iconic synth-pop duo, Tears for Fears, brought music to the ears of their beloved fans by releasing No Small Thing. Following the title track, the release is a second tasting of their first new album in 17 years, The Tipping Point, which releases February 25th.

According to Tears co-founder and co-singer, Roland Orzabal, the track is the “complete opposite of what we had been trying to do for many years – searching for the elusive, modern hit single”. Meanwhile, fellow co-founder and musician, Curt Smith has compared it to “a song from a ’70s or ’60s acoustic folk album. The fact that we felt confident enough to go from there to the end of the song to where it’s just absolute mayhem speaks to that sense of freedom, and that’s our comfort zone musically.”

Rolland explains that himself and Curt sat down together in early 2020, with just a “couple of acoustic guitars” for the “first time in decades.” Looking to complete the album by “going back to the drawing board looking for some depth, heart, and soul,” the Tears pair needed a “meeting of minds, a coming together psychically”.

“Curt came up with this simple folk/country riff, a little bit Dylan, a little bit Johnny Cash, and then we were off. We felt suddenly unencumbered, free if you like, no longer worrying about the market, about success, but drawing on influences from our childhoods. It was at this point that the whole album started opening up. ‘No Small Thing’ was the key, the thing that turned a red light, green.”

Latest track, No Small Thing, arrives with a black-and-white official video which was inspired by the 1982 film, Koyaanisqatsi. Tears For Fears are set to showcase The Tipping Point on a UK headline tour next summer. The group’s last studio album, Everybody Loves A Happy Ending, came out in 2004 before the release of two songs – I Love You But I’m Lost, and Stay – in 2017, as part of their Rule The World greatest hits LP.