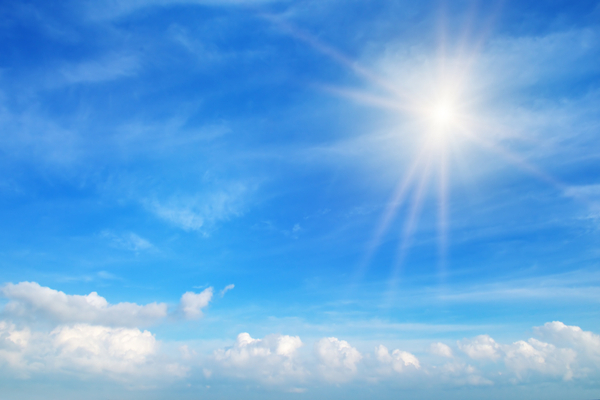 Met Éireann have predicted sunny and cloudy spells for today’s weather. But, they have also said that temperatures are to hit 21 degrees this weekend.

Today will see fog and cloudy clear as the day progresses.

A cloudy but largely dry day ahead with the very odd light shower. Temperatures up to 19c in light winds. pic.twitter.com/Li5py7jF5o

“Occasional sunny spells will develop through the day, the best of which will be in the northeast”, Met Éireann said. “Mainly dry with the chance of a few light passing showers”.

“Highest temperatures of 16C to 19C in light to moderate east or southeast winds”.

Largely cloudy but dry this morning with mist patches clearing.

Occasional sunny spells will develop through the day – best in the northeast.

Highs of 16 to 19 degrees in light to moderate easterly winds. pic.twitter.com/jENGPDAYDZ

Met Éireann look to the weekend

Looking to Saturday, Met Éireann have also said that it will begin with largely sunny spells. Light showers are then expected to develop throughout the afternoon and evening.

Highest temperatures will hit between 18 and 21 degrees in light south or southeast winds.

Met Éireann have also said that Saturday evening will start off mainly dry, with rain to develop in the southwest later into the night.

Over night temperatures are also expected to drop below 13 and 14 degress.

Sunday will also see sunny spells according to Met Éireann. Temperatures will also hit the same heights as Saturday.

“Outbreak of rain will push up over the western half of the country on Sunday morning, extending across much of the country through the afternoon, although parts of the south and southeast may stay dry”, Met Éireann said.

“Highest temperatures of 17C to 20C or 21C in light to moderate southerly winds”, they also added.

Sunday night will see the outbreaks of rain clearing, followed by isolated showers.

Temperatures are also expected to not drop below 15 degrees over night, remaining cloudy and humid.

Looking ahead to next week, overcast and scattered conditions are expected to hit the north of the country Monday morning.

The skies are also expected to brighten for the afternoon, and the day will become mostly dry, with temperatures hitting between 20 and 23 degrees.

Met Éireann have also said that this warm, humid weather will stay through to the mid part of next week, with warm nights too.