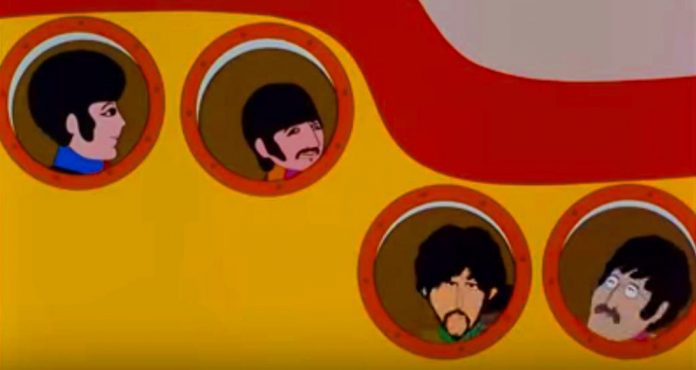 In honour of the 50th Anniversary, The Beatle’s animated film, Yellow Submarine (1968) is getting a special release across cinemas in North America this July. The famous animation has been given a new 4K digital restoration and a 5.1 stereo surround sound remix. There’s a trailer for the film available to watch below.

In a statement, Abramorama, the company promoting the release, said, ‘We’re thrilled to have the privilege of bringing Yellow Submarine back to the big screen so that three generations of happy Beatles fans can enjoy the ground-breaking animation and classic tunes that have long been part of our collective cultural DNA.’

Triage Motion Picture Services and Eque, Inc. restorated the film by hand, frame-by-frame, without the use of any computer assisted software. That was necessary because of ‘the delicate nature of the hand-drawn original artwork.’

The soundtrack, which contains the Beatles songs, ‘Hey Bulldog,’ ‘It All Too Much’, ‘All Together Now,’ and ‘Only a Northern Song’ has been remixed in 5.1 surround at Abbey Road Studios by Peter Cobbin. There’s also a plethora of previously released Beatles classics and an instrumental score composed by the legendary George Martin.

ATN Is Bringing You Arcadia And The Afterburner