Home Music News The Cure Have Reportedly Created One To Three Albums of New Material!! 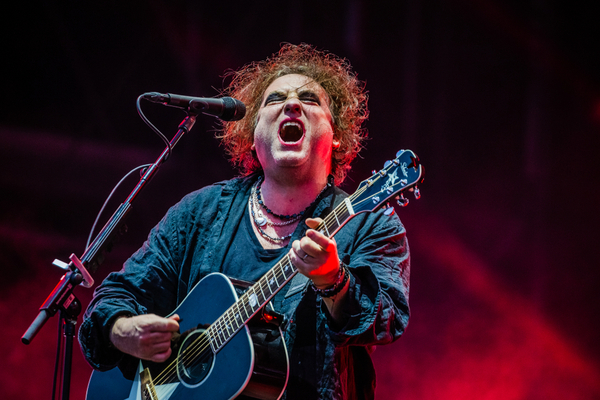 Crawley alternative rockers, The Cure reportedly have created “one to three” albums of new material ready to be released. With more than a decade since they released their 13th LP from 2008, 4:13 Dream, guitarist, Reeves Gabrels reveals there are multiple albums worth of material.

Previously playing with David Bowie, Gabrels joined The Cure in 2012 as their guitarist, but also has a background in producing. Speaking to UCR, Gabrels jokes, “We were over-productive”.

“Which is great, except it means you really can’t judge the songs until you get them close to finished. You kind of have to bring all that material up to the point where you can hear what they are,” the Cure guitarist added.

Without giving away when to expect the latest edition of Cure bliss, Gabrels does reveal that the band is now “finishing up” the albums, which were started in 2019. The guitarist has been recording his parts remotely in upstate New York while the rest of the band records in England.

Last year, Robert Smith noted that the upcoming, new material is “very emotional”, leading to challenges in completing the lyrics. However, speaking this year on the matter, Smith hinted that this upcoming new material could be the last from The Cure. in 2019,Smith said “I think that every album we do is the last Cure album. It may well be, but if there’s another bunch of good songs then there’s no reason not to follow it up.”

“I’ve struggled more with finishing the words to these new Cure recordings than at any other point. We recorded 20-odd songs, and I wrote nothing. I mean, I wrote a lot, but at the end, I looked at it and thought, ‘This is rubbish.’”

In fact, Smith had been having such a hard time, confessing that at one point, he considered binning the lyrics and releasing an instrumental album. “I thought, ‘I can’t do it. They can all be instrumentals,’” he said. “And this year I sort of came back to it. Last year was difficult for a number of reasons, not least the pandemic, but what I wrote this year I have enjoyed.” The Cure are scheduled to resume touring in Europe later this year, keep up to date with Radio Nova and the band’s homepage.