Home Entertainment The Dublin Podcast Festival Is Back By Popular Demand! 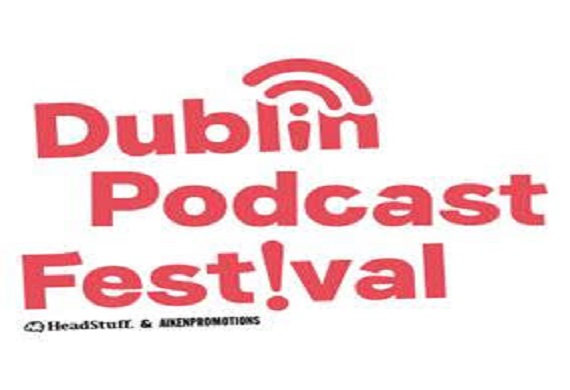 For the third year running, HeadStuff and Aiken Promotions are thrilled to announce the return of the Dublin Podcast Festival.

Making a return by popular demand, Dublin will serve as the host for headliner shows and live podcasts across multiple venues this November. Tickets for the events will go on sale Nationwide on Monday, 12th August 2019 at 10AM.

The festival will feature an incredible line-up of international and homegrown podcasters, covering everything from comedy, crime, literature and history without a pair of headphones in sight!

With over 35 million downloads under their belt, we are delighted to announce the highly anticipated return of The Guilty Feminist, Vicar Street 6th November.

Podcast host, Deborah Frances-White with special guest yet to be announced, will discuss their noble goals as 21st-century feminists and the paradoxes and insecurities which undermine them.

This year the UK’s #1 LGBTQ+ Podcast A Gay and a NonGay comes to The Sugar Club, 10th November.

Close friends James Barr and Dan Hudson discuss differences between LGBTQ+ and NonGay people in life on stage in an absurdly simple but hilarious premise.

Covering riding, gaelic games and parish news, The 2 Johnnies are a success story in the podcast world, placing them as #1 on Ireland’s podcast charts every week for 80 weeks.

Continuing with the success stories, IT GALZ LIVE! have continued to sell-out live shows throughout Ireland since their debut at last year’s podcast festival.

The ladies give their personal takes on a variety of topics from pop culture to women’s issues, through their often comedic and sometimes satirical lens.

For International Men’s Day, BlindBoy will celebrate with a special live show on 19th November. The Podcast does not only indoctrinate mental health issues but reaches further into a wide spectrum of current topics, may it be gun laws, feminism, racism or a bit of history.

Liberty Hall is the setting for The Dollop on 21st November. The Dollop is a US history podcast with comedian hosts Dave Anthony and Gareth Reynolds. History buff Dave decided to turn his hobby into a podcast.

Each episode Dave reads one weird and disturbing story from the American past to Gareth, who has never heard the tale. Gareth’s hilarious reactions are why The Dollop is in the top 20 downloaded comedy podcasts in the US, Canada, and Australia.

The rise of the podcast as a form of both entertainment and education has been phenomenal. Join us at the Dublin Podcast Festival for the third year running as we celebrate the podcasting world and connect fans with the people who make them.
Tickets available from Ticketmaster.ie and outlets.

How To Watch ‘One World Together At Home’ Global Gig