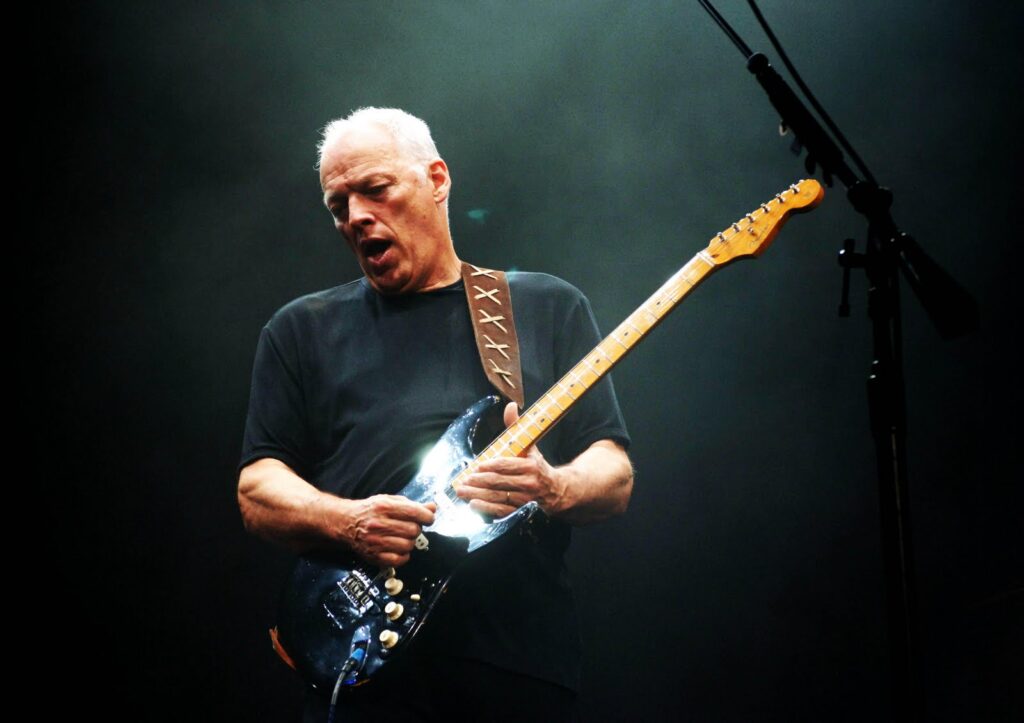 The highest bid at the auction to sell David Gilmour’s iconic Pink Floyd guitar has set an all-time record. The sale took place on June 20th at Christie’s in New York.

According to Rolling Stone via Antimusic and revealed that Jim Irsay, the billionaire owner of the NFL”s Colts and lifelong Pink Floyd fan, was the mystery man who bid a record-breaking $3,975,000.

The famous “Black Strat,” was Gilmour’s most cherished and preferred instrument that can be heard on Floyd’s memorable Seventies classics.

“I just love Pink Floyd, man, I cannot deny it,” says Irsay. “I think Roger Waters’ lyrics and Gilmour’s playing and their whole story and prominence is just so profound that I cannot say enough about my excitement for this. … David Gilmour stands by himself.”

The bidding placed through a proxy wasn’t the only nugget that Irsay picked up on the hammer. Just before nailing the black strat, he bid $175,000 on the Pink Floyd-branded flight case that was home to the guitar for decades.

“If I don’t get the guitar, I’ll look like a jackass,” remarked Irsay. He has been collecting guitars played by the famous for many years including Elvis Presley, John Lennon, Bob Dylan, Prince and many others. “But I love Strats, and this is the Strat. This is the one that was the signature guitar for those incredible Floyd leads.”

The final bid from Irsay at The Christie’s auction added a third Gilmour piece to his collection, he bid $1,095,000 for the 1969 Martin D-35 Gilmour used to record “Wish You Were Here.”