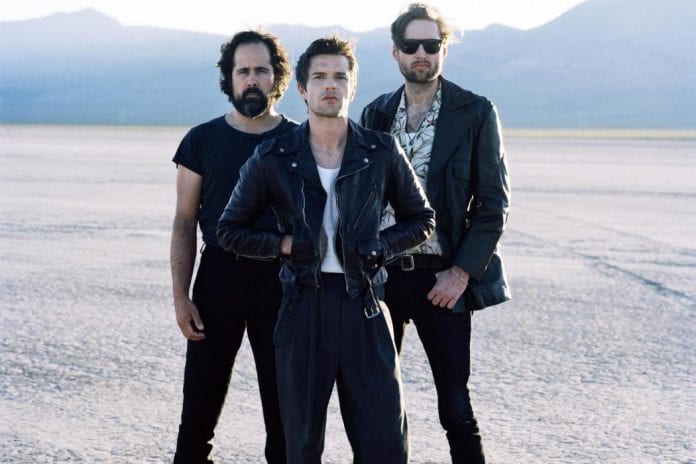 The Killers have released a new song called “Caution.” According to Spin, the track sounds like it could end up as one of this year’s big anthems. The band teased the track yesterday ahead of today’s expected release.

A black and white video clip reveals some behind-the-scenes clips of the band working on their new album ending with a caption that the song’s release date is today, Thursday, March 12th.

Last October, the Killers indicated that they might have some new music out on the horizon.

They confirmed the sixth record, Imploding the Mirage, in November. A Killers tour is scheduled for the U.K. in May and June and other parts of Europe in June and July. Learn more about The Killers’ tour dates here.