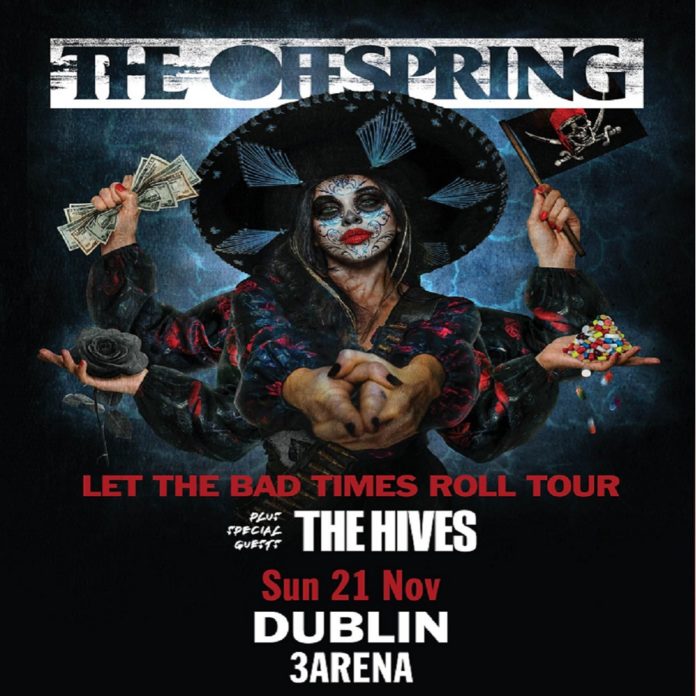 The Offspring have announced a 2021 UK and Ireland arena tour, with The Hives set to support.

Legends and innovators of the Southern California punk rock scene, The Offspring have sold more than 40 million albums worldwide, won countless awards, and have toured consistently, playing more than 500 shows in the last decade alone.

Their music has had a lasting impact across film, television, and video games, but the band turned their focus to a new album release in 2021.

You can see The Offspring’s upcoming tour dates below.

Tickets from €58.50 including booking and facility fees go on sale this Friday at 9am.

But you can get your hands on them first by tuning into NOVA Nights all this week with Greg Gaughran from 7pm!