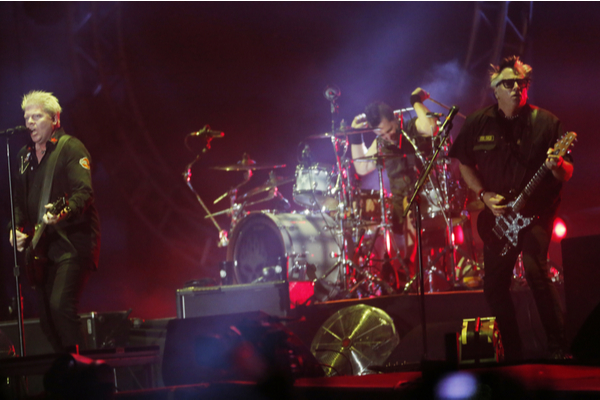 The Offspring’s Kevin “Noodles” Wasserman has blasted Donald Trump supporters for embracing wild conspiracy theories and lies regarding the US Capitol Riots in January 2021.

In a protest against President Joe Biden’s inauguaration, Trump supporters broke into the Capitol building, forcing it into lockdown.

Outgoing president Donald Trump had already encouraged his supporters to protest against Biden’s election. Calling them “very special”, Trump also told them “I love you”. This also led to the suspensions of Trump’s various social media accounts.

“These people are insane”

Following these riots, over 725 people were charged for several crimes in connection with these events.

Of these 725 people, 225 were also charged with assault or resisting arrest, while 75 people were charged with using offensive weapons on police officers.

On Monday (Jan 3), a segment was aired on CNN which shows reporter Donie O’Sullivan asking Trump supporters about the riots.

There, it was revealed that many Trump supporters still believe that Democrats and the FBI were responsible for the Capitol riots. They insist upon this, despite clear video evidence proving otherwise.

Earlier this year, the Offspring announced that they parted company with drummer Pete Parada following a disagreement over the Covid-19 vaccine. More on this report here.