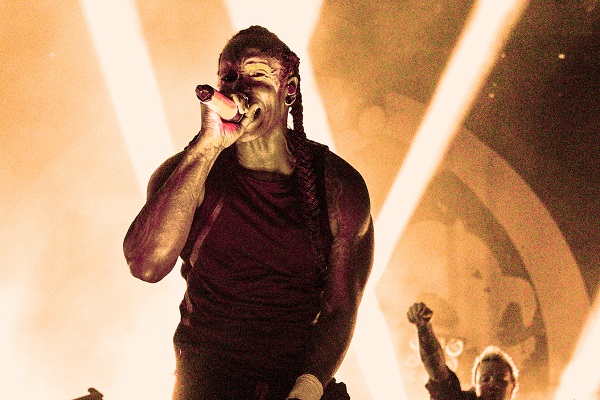 The Prodigy will be coming to Ireland for three live outdoor gigs next year, the band have confirmed.

The band had embarked on their first live tour since the death of their frontman Keith Flint back in July, with a special stadium tour of the UK.

The Prodigy are currently working on new music, which is set to feature as a follow up to their recent album No Tourists. This LP also saw them break the record for the most number albums by an electronic band.

“Get ready for the new wave of fire !!! this one’s for Flinty”, the band said of this record.

Confirming the news regarding their tour, Liam Howlett had this to say.

“We always said from the start, as long as the people wanna see us, we will be there for them , to play our tunes live with full power and much rukus”, the Prodigy co founder insisted.

The Prodigy are to hit Cork’s Musgrave Park on 28 June 2023, Dublin’s Fairview Park the following day, before taking to the stage at Belfast’s Belsonic on 30 June.

Tickets will go on sale this Friday (11 November) at 9am at €59.90 each, via Ticketmaster, and the band’s official website.

The Prodigy will be performing 3 headline shows in Ireland in June 2023! Taking in Cork, Dublin and Belfast with support from @ANDYC_ram

Tickets onsale Friday 11th November at 9am from https://t.co/1AH5kyGaFJ pic.twitter.com/dNNrQcpDRF

During their tour of the UK last Summer, the Prodigy used their time on stage to pay tribute to the late frontman Keith Flint, with a moving performance of their track ‘Firestarter’.

“Thankyou for the continued luv and support, we luv all m********s, Now let’s F***** do it again!”. Check out this performance along with Nova’s report on this here.