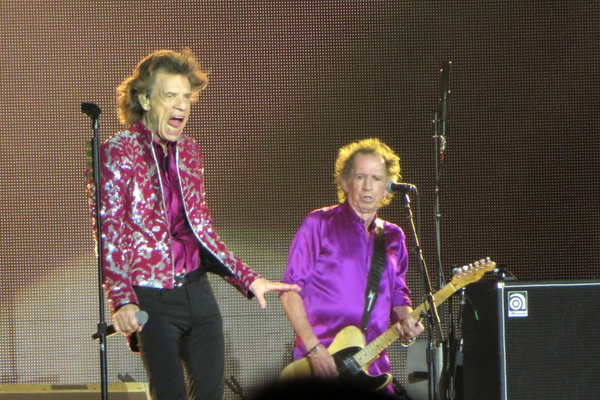 The Rolling Stones kicked off their long awaited No Filter Tour last night in St Louis (September 26). From the start, the band paid tribute to their late drummer Charlie Watts, in what was only their second live performance since his death.

The band had previously played a warm up show which was a private gig for Patriots owner Robert Kraft and his family. It was also the first live gig with Steve Jordan on drums.

The band rolled out classics such as “19th Nervous Breakdown”, as well as their 2020 track “Living In A Ghost Town”.

Photos of Charlie Watts flashed on giant stage screens during the performance, as the show began with an empty stage and only a drumbeat.

“We’ll miss Charlie so much”

During the early part of the show, Mick Jagger said, “This is our first-ever tour we’ve ever done without him. We’ll miss Charlie so much, on and off the stage”.

Along with the tribute to Watts, the band also performed a string of tracks from their back catalogue. These included “Sympathy For The Devil”, Gimme Shelter”, “Paint It Black” and “Jumpin Jack Flash”.

Charlie Watts passed away aged 80 last month. It led to endless tributes to the late drummer from bandmates Mick Jagger and Keith Richards as well as Liam Gallagher.

The former Oasis frontman paid tribute to Watts during a live performance at Leeds recently. More on that here.

Paul McCartney On The Woman Behind Classic Eleanor Rigby Song