Home Entertainment The Simpsons To Take On Parasite And TikTok In New Treehouse of... 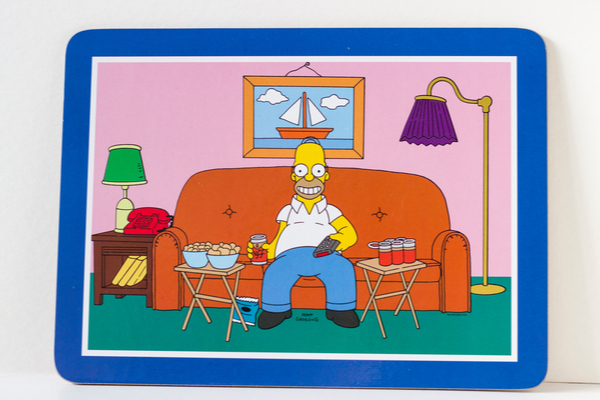 Bong Joon Ho’s Parasite will get the ‘Springfield’ treatment in Treehouse of Horror XXXII with its segment, This Side of Parasite. A similar storyline to the movie will follow Bart, with the loveable hellraiser taking up a job as a tutor for local celebrity Rainier Wolfcastle. The forever 10-year-old manipulates the action hero into hiring him, and the rest of the basement-dwelling Simpsons, as additional members of staff.

Homer is hired to be Wolfcastle’s new chauffeur, and Marge will work as his house maid, while Lisa is hired as the art teacher. Even baby Maggie lands a gig for the Springfield celebrity as she is hired as the groundskeeper. However, things begin to go south when Wolfcastle goes on vacation and the Simpsons throw a party in his manor.

In getting acquainted with this huge mansion, the family discover others have been secretly living in the house, too. Kirk and Luann Millhouse make an appearance in the episode and are not happy that the Simpsons took their jobs — with a fight erupting between the ‘parasites’.

Nightmare on Elm Tree will see the town plagued by vengeful trees who take their revenge on the citizens of Springfield. Elsewhere, the episode has promised references to Guardians Of The Galaxy, Little Shop Of Horrors and The Wizard Of Oz.

In Poetic Interlude, a Vincent Price-style voice reads the children’s book The Telltale Bart, illustrated with an Edward Gorey-style animation. Meanwhile, in a parody of The Ring, the Springfield Elementary kids discover that anyone who watches a TikTok video will die in seven days. Lisa Simpson hatches a plan in order to stop the social media platform from killing viewers.

Recently, executive producer of The Simpsons Matt Selman expressed hope that the opening episode of the new season makes fans “angry”. Speaking to Variety, Selman said, “I hope this episode makes the fans who canonized Homer and Marge being in their teens in the ’90s angry, the way like generation before that, that people that were angry that Homer and Marge were teens in the ’80s,” he said. “They’ve been teens in every decade, and everyone’s angry that we’ve rewritten it.”

The Simpsons has millions of fans around the world, but some still hate on the long-lasting show. The Smiths frontman, Morrisey lamented the show’s creators, branding them “unapologetically hurtful and racist”.