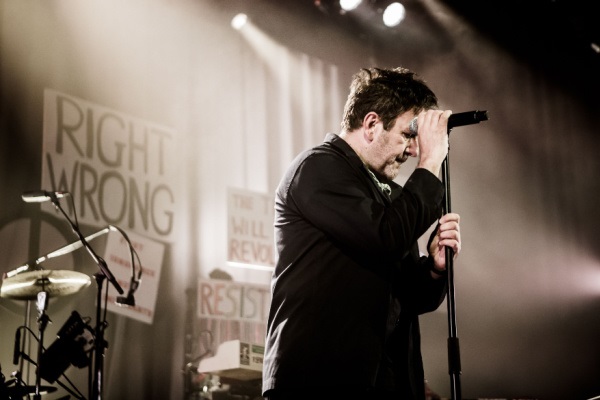 The Specials’ bassist Horace Panter has shared a statement, outlining the final days leading up to the death of bandmate Terry Hall.

Lead singer Terry Hall died aged 63. The band had previously confirmed this sad news via a thread shared on their official Twitter account.

“It is with great sadness that we announce the passing, following a brief illness, of Terry, our beautiful friend, brother and one of the most brilliant singers, songwriters and lyricists this country has ever produced”, the Specials wrote.

According to Panter’s statement, himself and the Specials’ bassist Lynval Golding were to start working on a new reggae album in LA along with Hall.

Panter added that the trio were due to fly out to LA in early November to begin recording the record.

“Terry had the framework for 8 tunes. Confidence was high. We were set to meet up with Nikolaj [Larsen, Specials keyboardist] and make magic. This was in September. Terry e-mails everyone and says he’s in bed with a stomach bug and can’t do the first week of pre-production sessions. No big deal, we can knock everything back a week. We’re not due to fly out until November 4th”, Panter said.

With Hall failing to recover for that first week, Panter later revealed that he received a phone call from the Specials’ manager Steve Blackwell, who revealed that Hall’s condition was more serious than intially thought.

Hall had been diagnosed with cancer to the pancreas, which had spread to the liver.

“This is serious. Like life-threatening serious. He has developed diabetes due to his pancreas being attacked. This has to be treated first, then it’s a regime of chemotherapy. There is nothing anyone can do. Everything is put on hold. Terry is emphatic that no-one be told about this. If anyone asks, he’s managing his diabetes,” Panter wrote.

“The chemo treatment starts favourably but it seems that it would be March 2023 at the earliest before we’d be in any position to work. He is in and out of hospital to stabilise the diabetes issue and also to manage pain. It then goes quiet”.

Panter also stated that he was worried Terry Hall was “very frail”, having lost a “lot of weight”.

Panter also revealed that Ian Broudie of the Lightening Seeds visited Hall in hospital. He also grew concerned that Hall was “slipping away”. Steve Blackwell also visited Hall on December 15, where he later told Panter that Hall was dying.

“He calls me on his return journey and says things are not looking promising. Terry is dying,” Panter said. “The next day he is put on morphine and is more-or-less unconscious for most of the time. I thought it would be best for me to go and visit but Lindy, his wife, advises against it”.

“She has held her phone to Terry’s ear so that his sisters and Lynval can say their goodbyes. She suggests I do the same. So, I did. It was tough. Terry died around half past 5 the next evening, Sunday 18th December. The world has lost a unique voice and I have lost a good friend”.

Tributes were paid to the late Specials’ frontman Terry Hall. Check them out here.