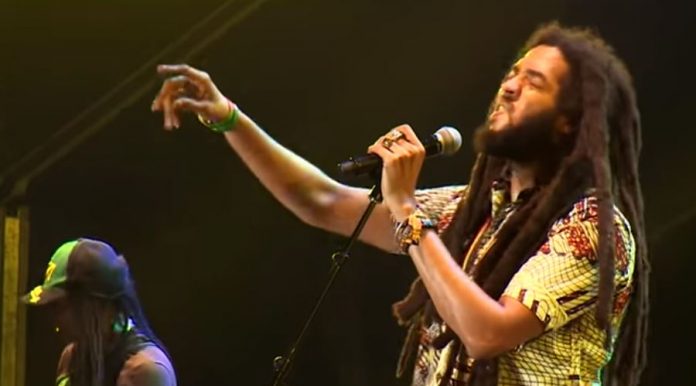 Legendary reggae band The Wailers return to Ireland this month for a special one-off show. The spirit of Bob Marley will be honoured next Tuesday, 23rd July at Vicar Street.

Following The Skipper’s passing in 1981, bassist and founder Aston Barrett has endeavoured to make sure that Marley’s dying wish was honoured.

That was simply to “keep The Wailers together“. The message is still Burnin’, the Exodus of Jah people continues, Uprising and Survival remain the call to fans.

Between 1972 to 1980, Bob Marley & The Wailers recorded, toured, and performed before millions of adoring fans across the globe.

The line up comprises of Wailers guitarist Donald Kinsey and a host of top reggae musicians. At the drumkit, Aston Barrett Jr takes up the role that was previously filled Carlton “Carly” Barrett.

Joshua is Rastaman by lifestyle and culture, who delivers Bob’s powerful message of Jah love and unity through his performance and interaction with the audience.

THere’s Andres Lopez on keyboards, who has performed with artists such as Alborosie, Lutan Fyah, and Anthony B.; and Anne-Marie Thompson, an experienced gospel singer.

Their chief Sound engineer is Christian Cowlin, a Wailers Band veteran who has travelled the world with The Wailers for more than 20 years and who is responsible for the band’s live sound.

he legendary Wailers are coming to Babylon by Bus, to rock the stage, to bring the magic and message of Roots Rasta Reggae. It’s a Rastaman Vibration: a slice of music history you must not miss. Grab your tickets for the Vicar Street show here.