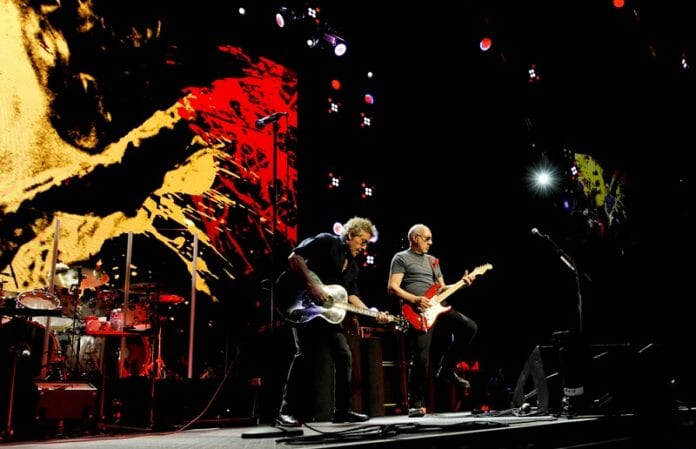 The Who have cancelled their UK and Ireland tour due to the ongoing pandemic.

The band were set to play a string of dates across the UK and a show at Dublin’s 3Arena, but have now cancelled all dates.

In a statement, The Who said: “We are very sorry that we have to cancel our planned March 2021 UK and Ireland shows.”

“Please excuse the delay but we wanted to wait as long as possible to see if we could indeed play them. However, as you can see the current situation makes this impossible. Thanks for all your wonderful support and we hope to see you in the future when conditions allow.”

Customers can get refund from their original purchase point as the dates have not been rescheduled.

The Who originally postponed their tour from March 2020 to March 2021 in the hope that the pandemic would have ended by then.

Many acts have decided to reschedule their tour dates in the hope of playing to live crowds this summer. Greenday, Fallout Boy and Weezer’s Mega Hella tour is still planned for this summer. Ozzy Osbourne has pushed his concert back to 2022.

Glastonbury was cancelled for a second year in a row last month while other UK festivals such as Download, Reading and Leeds will make an announcement next month on whether or not their festivals can go ahead.

It has been a turbulent time for The Who’s Roger Daltrey. Initially, The Who singer was in favourite of Brexit and angrily told Sky News “Oh dear. As if we didn’t tour in Europe before the fucking EU.”

The Who singer Roger Daltrey was not impressed when Sky News asked him about Brexit.

However, Roger Daltrey joined many musicians in writing a letter to the British Government urging them to secure free visa for musicians to tour on the continent. When pressed about his u-turn, he told the NME:

“I have not changed my opinion on the EU. I’m glad to be free of Brussels, not Europe. I would have preferred reform, which was asked for by us before the referendum and was turned down by the then president of the EU.”

“I do think our government should have made the easing of restrictions for musicians and actors a higher priority. Every tour, individual actors and musicians should be treated as any other ‘Goods’ at the point of entry to the EU  with one set of paperwork. Switzerland has borders with five EU countries, and trade is electronically frictionless. Why not us?”