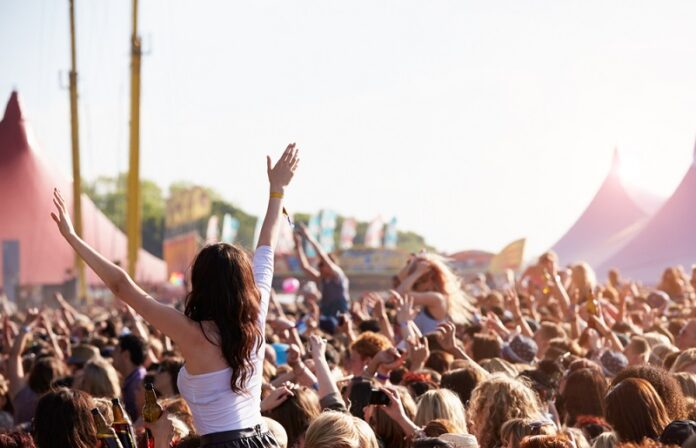 Despite Glastonbury being cancelled for a second year running, there is hope that a smaller festival season can still take place.

Organisers of other UK festivals such as Download, Reading and Leeds and the Isle of Wight Festival are still going ahead with their plans to hold their festivals this year.

Download festival is set to take place on the weekend of June 4-6 that will see Biffy Clyro, Kiss and System of a Down headline the festival. The organisers took to Twitter to announce the news.

“Hi, rest assured we’re continuing to work behind the scenes to get ready for Download this summer and hope to have more news for you by March 1st. In the meantime, stay safe.”

Hi, rest assured we’re continuing to work behind the scenes to get ready for Download this summer and hope to have more news for you by March 1st. In the meantime, stay safe.

Many people in the festival scene believe they have until March to make a decision on whether or not to go ahead with their festivals this year.

It has been reported that the reason why Glastonbury was cancelled so early this year is because of the size and logistics of the festival.

Despite that, Glastonbury founder, Michael Eavis has said that a smaller Glastonbury event could take place later on in the year.

When asked if the new event could see headliners from last year or this year, Eavis said “Yes, but I do need to get reassurance from the ethics people.”

Dr Michael Head, Senior Research Fellow in Global Health at the University of Southampton, warned that the necessary level of vaccination might not be reached until the end of summer.

He told NME “We’d want a bare minimum of 50% of the population to be vaccinated (before festivals can happen), but probably more like 60%. That would probably take us towards the end of the summer at around August or September.”

Melvin Benn, the boss of Reading and Leeds festival told NME “I feel very positive because I know that it’s possible”.

“You’re monitoring everything every hour, if not every minute, so I was very confident about the early summer before Christmas – but the new strain is spreading quicker, so that knocks your confidence a little bit.”

He went on to add “However, the rollout of the AstraZeneca vaccine picks your confidence back up again. I suppose I’m taking Matt Hancock and the Prime Minister’s word.”

There hasn’t been much revealed for Ireland’s festival season. However, the chances are is that any type of festivals or concerts in the summer would have to be small in their nature.

The EU is planning to have a ‘Live Aid’ styled series of televised concerts to mark the end of the pandemic. You can read Radio Nova’s report on it here.

Studies have shown that music venues are a low source of Covid-19 transmission and other festival organisers in Europe have carried out successful trials of concerts without any social distancing measures.

With Ireland expected to have vaccinated 4 million people by the end of September and by doing so will achieve herd immunity. There is a chance that we could be celebrating live music and a festival season later on in the year.