Advertisement
Home Music There’s Calls That The Word ‘F****t’ Be Removed From ‘Fairytale Of New... 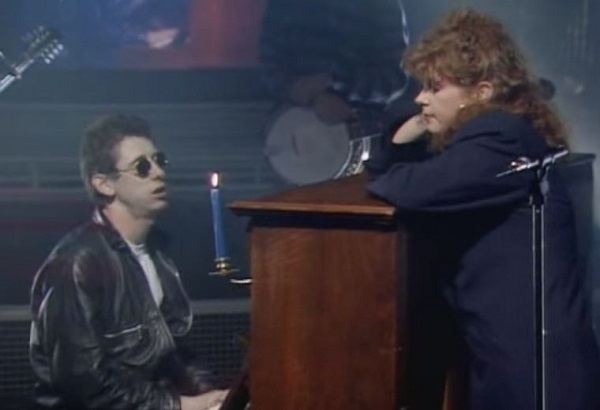 A student journalist has argued that the word ‘f****t’ from The Pogues’ Christmas hit, ‘Fairytale of New York’ should be censored. The budding young journo maintains that the lyric is a “homophobic slur”.

Writing in The Tab, Thomas Haynes argues that the lyric contained in the verse of the song is tantamount to “using the N-word”.

“For some, “f****t” is just another weapon turned against homophobes, a way to way to snigger at ‘the straights’ being bone-headed and ignorant. But for others, it will always evoke very specific memories of being bullied either online or in real life, or having to listen to their mate’s band it about as an insult.”

The student went so far as to insist that YouTube take the video down from it’s hosting service. Charlotte Krol writes in the NME, Haynes believes that this should be done because, “none of The Pogues bandmembers nor its guest singer, the late Kirsty McColl, are gay.”

In a response to the article. people on social media argue that Shane MacGowan and McColl were referencing the old Irish slang word for a lazy person when they penned the tune.

“Sorry as a gay man ..it doesn’t offend me ….never has .never will …some people just need to get over themselves,” while Mark David Johnson said, “I can’t tell if this is serious or not. Bore off you fucking snowflake.”

Aisling Daly argued on the article shared via Facebook,

“‘Fairytale of New York’ was written by an Irishman. ‘F****t’ is an old Irish slang word for a lazy person or a waster, and that’s the meaning that Shane McGowan intended when he wrote the song. Nothing to do with homophobia.”