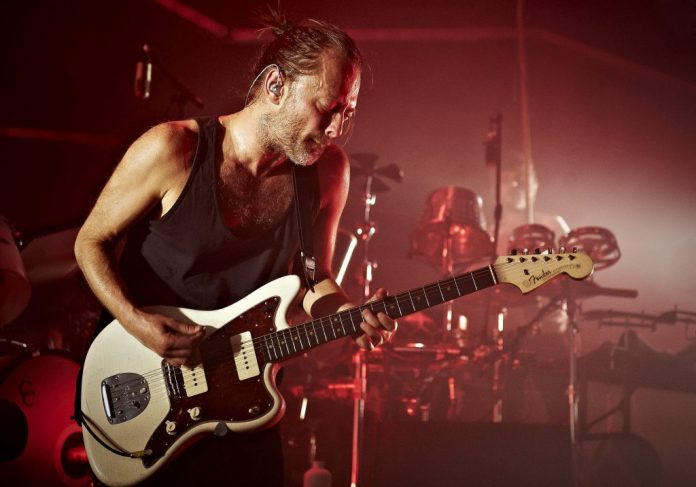 Radiohead frontman Thom Yorke seems to be teasing something through a series of cryptic tweets. We’re hoping that it’s something to do with new music! Yorke last released an album in 2014, but did create the music featured in new short film, ‘Why Can’t We Get Along’.
It’s no secret that Yorke has been working on new music recently, after debuting a number of songs earlier this year. Check out the cryptic tweets below:

do you see his smile?

putting rocks in our hearts

Song names maybe? We’ll let you know when we know more… Yorke teamed up with Rag & Bone Films for the production of new short film.

The film itself was created for Fashion Week, and features dramatic choreography. It has been reported that the track was made to create ‘a feeling of friction, which is paralleled by the movement of the cast of characters.’

Check it out below and draw your own conclusions:

Meanwhile, the rest of Radiohead are gearing up for a tour of South America with Yorke. As well as being long-listed for the Rock & Roll Hall of Fame induction ceremony.

Speaking of the nomination, Radiohead guitarist Ed O’Brien said: ‘As a British band, it’s one of those things that it’s very lovely to be nominated, but we don’t quite culturally understand it. It’s a very American thing. Us Brits are very bad at celebrating ourselves.’

He continued: ‘One of the things I’ve always loved about coming over to America is American bands you can always have a really good chat with and you could talk. With British bands, there was a lot of hostility. It’s in our DNA to be a little ambivalent with award ceremonies. We haven’t had great experiences. I would never want to disrespect anything because obviously some amazing artists have been nominated. But if I’m honest I don’t understand it. It’s just kind of a British person going, ‘Okay, thanks, what does this mean?’’