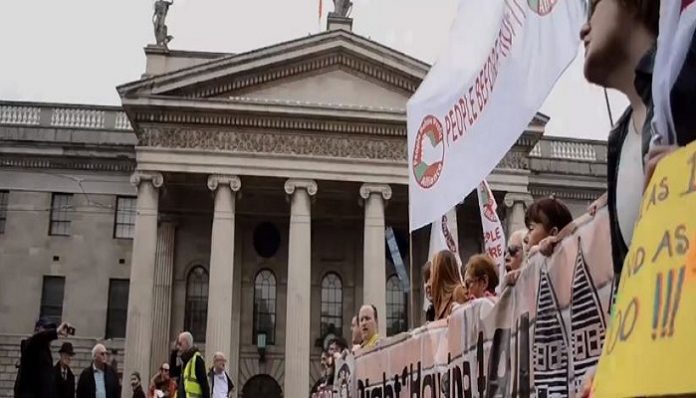 Thousands have lined the streets of Dublin for a major protest relating to the homelessness crisis. Organisers have called on the government to provide a clear plan on how they’ll provide housing.

Homelessness campaigner Father Peter McVerry addressed the large crowd at the end of the march at the Custom House. His charity, the Peter McVerry Trust along with many others and trade unions organised the march in the capital.

The main message was that it was time for the Taoiseach and Housing Minister to act on the issue. A message that was reiterated by People Before Profit TD Richard Boyd Barrett:

The march saw a turnout of people who are or have been homeless. It also saw many people staring down the barrel of homelessness, including Meath native Tracey Hanby:

The Homeless and Housing Coalition welcomed the big turnout for the march, and say the focus is now on the government to put measures in place to tackle the issue.

Garda Jailed for ‘Malicious And Insidious’ Harassment Of Solicitor