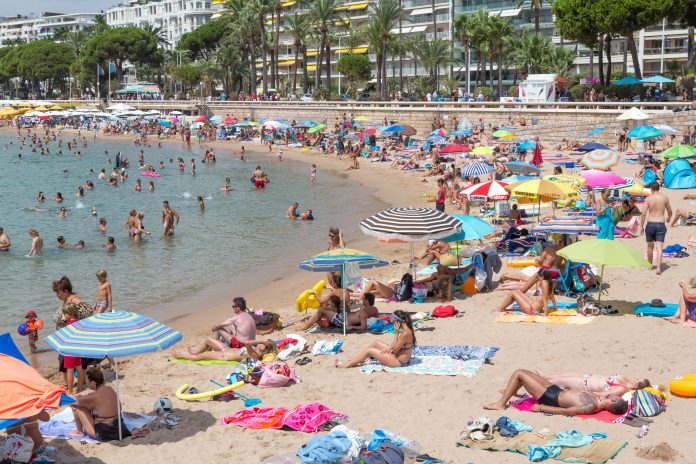 Three people have died on beaches in southern France as Europe finds itself in the grip of heatwave hell.

Soaring temperatures caused by a plume of North African air moving over Europe are said to be responsible for the deaths of three swimmers, who reportedly suffered from cold water shock.

A 70-year-old man reportedly suffered a cardiac arrest in calm water, while a 62-year-old woman and another man, aged 75, died in similar circumstances, according to French news outlet LCI.

Cold-water shock is the first stage of sudden immersion into water, usually with a temperature below 15C, and can instantly affect breathing and movement – even among strong and confident swimmers.

French firefighters are warning people not to swim in water that is too cold during the hot weather and swimmers are being advised to enter the water gradually.

Meteorologists have placed more than half of France on alert, with charity organisations patrolling the streets of Paris to provide water to homeless people.

French authorities have also announced school closures and traffic restrictions due to the scorching temperatures.

Extra drinking fountains have also been installed on the streets of Paris -which is expected to be one of the worst-hit areas.

French Health minister Agnes Buzyn said: ‘This affects all of us, nobody is a superman when it comes to dealing with the extreme heat we’re going to see on Thursday and Friday.’

It is feared the heatwave could be as bad as a Europe-wide heatwave in 2003 which claimed 20,000 lives.

By Thursday, forecasters believe it could reach 42C in some Spanish regions, posing an ‘extreme risk’ of forest fires.