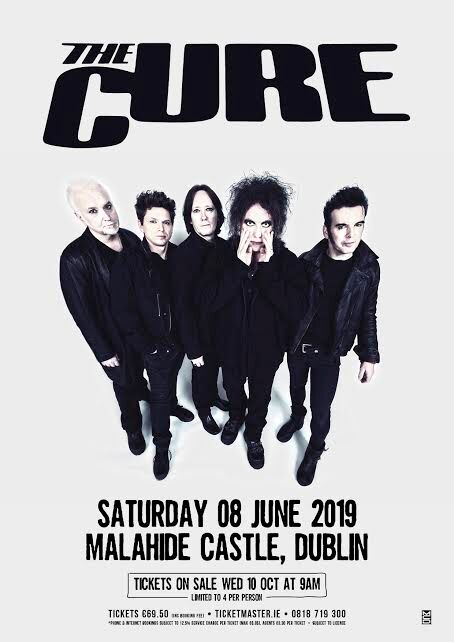 All tickets for The Cure’s gig at Malahide Castle are now sold out.

Tickets for the band’s Dublin date went on sale this morning at 9am and were all snapped up.

The Cure, who celebrated their 40th anniversary earlier this year, will perform at Malahide Castle next year on Saturday the 8th of June.

The band are returning to Ireland for the first time in seven years and this is their first appearance in the capital since 1996 at the Point Theatre.

Formed in Crawley, Sussex in England they played their first show in 1978 and have performed around 1500 concerts to date.  They’ve released 13 studio albums and have had 13 members in 40 years.

Anne With An E Will Make A Return To Netflix