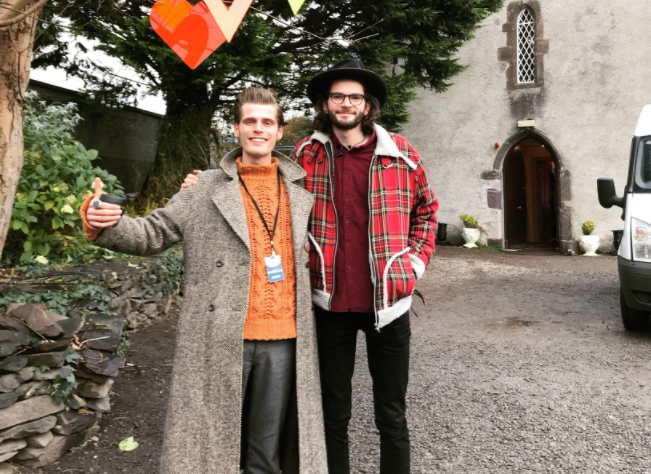 Tickets to Hudson Taylor have gone on sale this morning following the announcement of their national tour.

Irish duo – brothers Harry and Alfie Hudson Taylor – announced their tour over the weekend which will take place throughout Ireland in March 2018.

The first date will see the pair light up Elmwood Hall, Belfast on March 27th, followed by a gig in the Olympia Theatre on March 28th, Cork Opera House March 29th, the Radisson Blu Galway on March 31st and their final show will be in The Big Top Limerick on April 1st.

Their debut album ‘Singing for Strangers‘ went live in 2015 as the talented siblings honed their skills through hit tracks, ‘Chasing Rubies‘, ‘Battles‘ and ‘Weapons‘.

The gigs will be the perfect teasers before their upcoming album which will see them join ranks with producer, Ryan Hadlock, best known for his work with The Lumineers and Vance Joy, and is being mixed by Ruadhrí Cushnan (Mumford & Sons, Ed Sheeran).

Delighted to announce our new Irish tour dates for March 2018! Tickets on sale on Monday at 9am. H&A x pic.twitter.com/Y3tC20BGad

Having completed a run of arena shows with Picture This, they are currently midway through a sold-out Irish headline tour. Not forgetting huge gigs in Dublin in December with The Script and Kodaline.

2018 looks very exciting indeed for Harry and Alfie, as they tour across Europe throughout January to support their forthcoming single ‘Run With Me‘, before crossing the Atlantic for an extensive US tour in the spring.

Tickets are on sale now from Ticketmaster – and you seriously do not want to miss out on these guys – a very talented duo indeed.

Other Voices Has Been Confirmed For EP Once Again