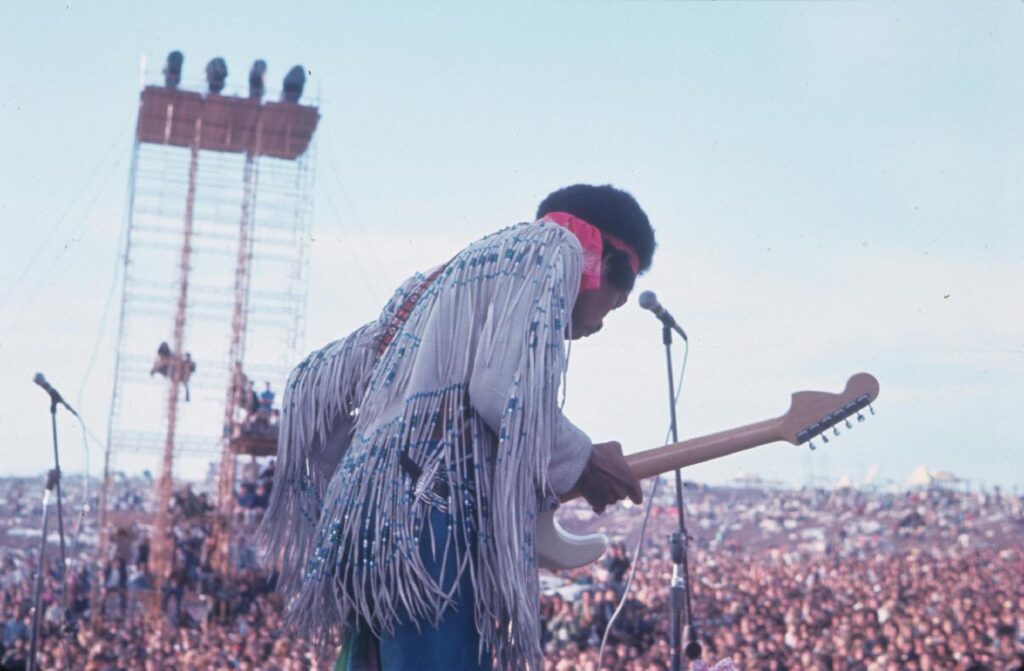 Every day on Radio Nova, just before 11am, we play a couple of songs key to “today in music history” Have a listen! But for now – here’s some light reading and watching. April 25th in Music History looks like this.

1974, Pamela Courson the long-term companion of the late Jim Morrison died of a drugs overdose. It was Courson who found The Doors singer dead on July 3, 1971 in the bathtub of their apartment in Paris, France.

1979, The Police made their debut on BBC TV’s Top Of The Pops performing ‘Roxanne’. It was broadcast May 3rd 79.

1980, Stranglers singer, guitarist Hugh Cornwell was released from a London prison after serving six weeks for possession of drugs.

1987, U2 started a five-week run at No.1 on the US album chart with their fifth studio album The Joshua Tree.

1990, The Fender Stratocaster that Jimi Hendrix played at the Woodstock festival was auctioned off for a record $295,000. His two-hour set at the 1969 festival became the longest of his career.

1994, The Eagles played the first of two shows where they recorded their ‘Hell Freezes Over’ album.

2017, Elton John suffered a potentially deadly bacterial infection during a tour, forcing him to spend two nights in intensive care and cancel concerts in the US.

1950, Born on this day, Steve Ferrone, former drummer with the Average White Band, Ferrone is now best known for being the drummer for Tom Petty and the Heartbreakers for the last 25 years, He has also recorded and performed with Duran Duran, Stevie Nicks, Laura Pausini, Christine McVie, Slash, Chaka Khan, Eric Clapton, Bee Gees, Scritti Politti, Aerosmith and Johnny Cash.