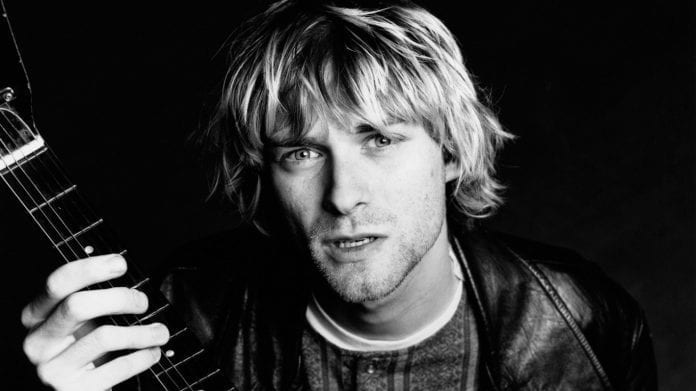 Every day on Radio Nova, just before 11am, we play a couple of songs key to “today in music history” Have a listen! But for now – here’s some light reading and watching.  April 5th in Music History looks like this.

1967 in the UK, Monkees fans walked from London’s Marble Arch to the US Embassy in Grosvenor Square to protest Davy Jones‘ planned call-up to army duty. Jones was exempted because he was deemed responsible for supporting his father.

1975, with notes so high, only dogs could hear them, Minnie Riperton went to No.1 on the US singles chart with the Stevie Wonder produced song ‘Loving You’ (a No.2 hit in the UK). Riperton died of cancer on 12th July 1979.

1979 Duran Duran made their live debut at The Lecture Theatre, Birmingham Polytechnic. This was before Simon joined!

1981 Canned Heat singer Bob “The Bear” Hite died of a heart attack aged 36. Bob played at both the 1967 Monterey Pop Festival and the 1969 Woodstock Festival.

1994  Nirvana frontman, Kurt Cobain committed suicide at his home in Seattle. Cobain’s body wasn’t discovered until April 8, by an electrician who had arrived to install a security system, who initially believed that Cobain was asleep, until he saw the shotgun.

1998, Drummer Cosy Powell died in a car crash in Bristol. Over the years he played with Whitesnake, Rainbow, Gary Moore, Black Sabbath and more.

2002 Singer Layne Staley of Alice in Chains was found dead after a drugs OD.

2012 Jim Marshall, who made rock ’n’ roll noisier by inventing the Marshall amplifier died at a hospice in London, aged 88. What musician hasn’t plugged into a Marshall amp at some stage!