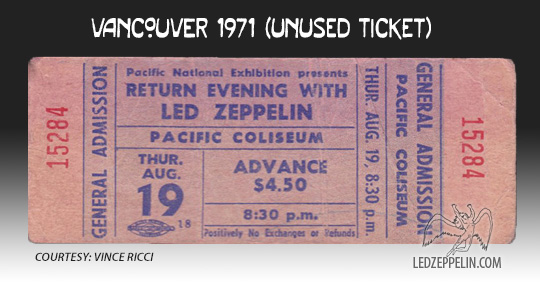 Every day on Radio Nova, just before 11am, we play a couple of songs key to “today in music history” Have a listen! But for now – here’s some light reading and watching. August 19th in Music History looks like this.

1968, in the US, After 58 episodes, the final Monkees TV show airs on NBC. After that it re ran for years and years all over the world!

1971, Led Zeppelin kicked off a North American tour at the Pacific Coliseum in Vancouver, Canada. The band played to a sold out crowd of over 17,000 fans, another 3,000 fans outside the venue who didn’t have tickets started a battle with local police.

1988,  ‘Crazy’ by Patsy Cline and ‘Hound Dog’ by Elvis were announced as the most played jukebox songs of the first hundred years. The jukebox had been around since 1906, but earlier models had been first seen in 1889.

2005, A life-size bronze statue of Phil Lynott was unveiled on Harry Street, just off Grafton Street in Dublin.

2014, Kate Bush requested fans did not take any photographs or record footage using mobile devices at her upcoming 22-date run of performances in London, England. She asked “I very much want to have contact with you as an audience, not with iPhones, iPads or cameras.” The musician added it would mean “a great deal to me” but admitted that it was “a lot to ask”.

2019, The guitar Duane Allman played on the classic Derek and the Dominos song ‘Layla’ sold for $1million at auction. The 1957 Gibson Les Paul Goldtop was Allman’s main guitar during the first two years of the Allman Brothers Band.