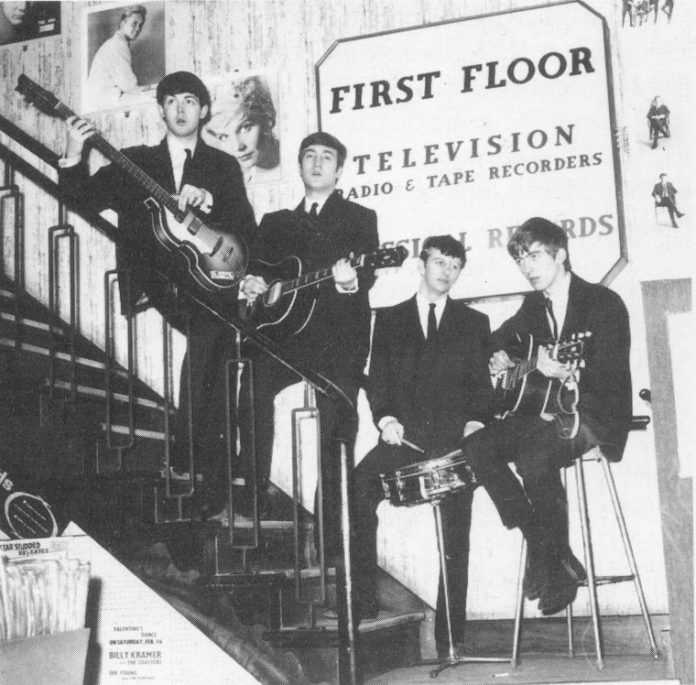 Every day on Radio Nova, just before 11am, we play a couple of songs key to “today in music history” Have a listen! But for now – here’s some light reading and watching. August 2nd in Music History looks like this.

1960, Johnny Kidd and The Pirates were at No.1 on the UK singles chart with ‘Shakin’ All Over’. Their only UK No.1. Kidd died in car crash in 1966. Many acts have covered the song, including: The Who, Led Zeppelin, Iggy Pop and The Guess Who.

1964, The Beatles appeared at the Gaumont Cinema in Bournemouth. One of the supporting acts, billed as a ‘new and unknown London group’, was The Kinks.

1986, Chris De Burgh was at No.1 in the UK with ‘The Lady In Red’, it was his first No.1 after twenty-four single releases, staying at the top of the charts for three weeks.

2000, Jerome Smith from KC and the Sunshine Band died after being crushed by a bulldozer he was operating. Had the 1975 US No.1 single ‘Get Down Tonight’ and the 1983 UK No.1 single ‘Give It Up.

2000, Liverpool music store Rushworth and Dreaper closed down after 150 years of trading. The store had become famous after supplying The Beatles and other Liverpool group’s with musical instruments.

2005, Status Quo filmed a cameo appearance in UK’s Coronation Street playing themselves. Francis Rossi and Rick Parfitt were set to appear in three episodes of the long-running ITV soap.

Not For The Kids! Watch The Trailer For The New Muppets...