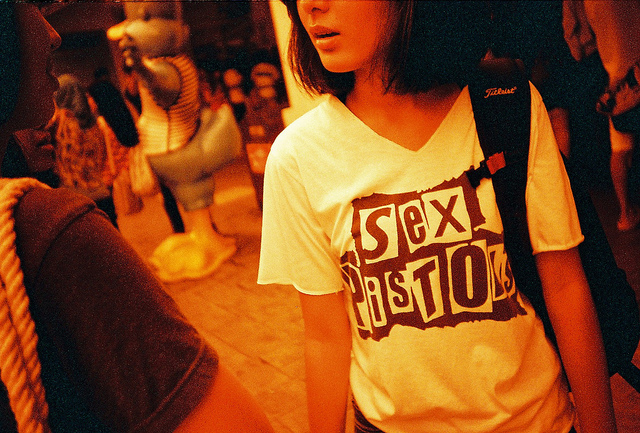 Every day on Radio Nova, just before 11am, we play a couple of songs key to “today in music history” Have a listen! But for now – here’s some light reading and watching.

Happy Christmas Eve to you, let’s take a look at December 24th in years gone by!

Firstly, 1972, On the second UK leg of his 182 date Ziggy Stardust Tour, David Bowie played the second of two nights at the Rainbow Theatre, London. This tour had the classic Spiders From Mars line up of Mick Ronson on guitar, vocals, Trevor Bolder, bass and Mick “Woody” Woodmansey on drums.

1976, The Eagles sixth album, Hotel California spent the first of eight non-consecutive weeks at the top of the Billboard chart in the US. The band’s first LP with Joe Walsh and last with bassist Randy Meisner.

1977, The Sex Pistols played their last ever UK gig, (until 1996), before splitting, in Huddersfield. It was a charity performance before an audience of mainly children. Is this the BEST parenting ever!!!? Musical Education to the max!

2016, Status Quo guitarist Rick Parfitt died in hospital in Marbella, Spain aged 68. He died from a severe infection after going to hospital, following complications to a shoulder injury. He of course was one of the Band Aid heads from 1984 and Rick with Quo opened Live Aid in 85.

Finally. remembering Motörhead’s Lemmy. It would have been his birthday today. He died on December 28th 2015.

The Stages Of Fear Following An Epic ‘Stephens’ Night