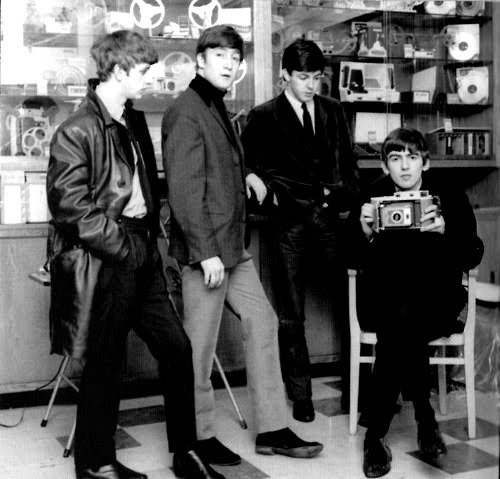 Every day on Radio Nova, just before 11am, we play a couple of songs key to “today in music history” Have a listen! But for now – here’s some light reading and watching.  November 25th in Music History looks like this.

1965, Harrods department store in London, England, closed to the public so The Beatles could do their Christmas shopping in private.

1976, The Band gave their final performance; ‘The Last Waltz’ in San Francisco. The show also had Joni Mitchell, Dr John, Neil Young, Van Morrison Eric Clapton and others. The event was filmed by director Martin Scorsese and made into a documentary of the same name, released in 1978.

1984, The cream of the British pop world gathered at a recording studio in London to record the historic Band Aid, Do They Know It’s Christmas?

1996, A statue in Montreux, Switzerland was erected as a tribute to Freddie Mercury Standing almost 3 metres high overlooking Lake Geneva it was unveiled by Freddie’s father and Montserrat Caballé, with bandmates Brian May and Roger Taylor looking on..

2003, Meat Loaf underwent heart surgery in a London hospital after being diagnosed with a condition that causes an irregular heartbeat.