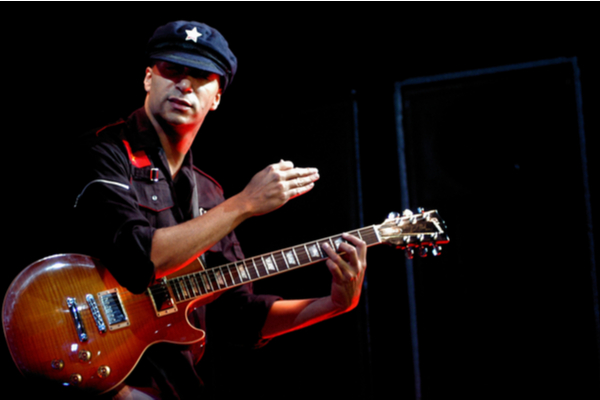 Tom Morello has written a letter asking for help in evacuating a number of young girls out of Afghanistan. This comes after the country was taken over by the Taliban last week.

Following this, Morello wrote a letter supporting his friend Lanny Cordola. Cordola runs a music school for girls in Afghanistan. It is a non-profit organisation called Miraculous Love Kids.

Back in 2015, Cordola set up Girl With A Guitar. This a program teaching almost 200 students. It has also recorded collaborations with artists including Morello, Nick Cave, Brian Wilson and others.

Cordola who is currently in Afghanistan has said that they are currently working towards getting 12 girls out of the country.

“We’re trying to investigate if getting them to the Pakistan border is a possibility”, he told Billboard.

He also added, “We’ve been talking to a lot of different people, rescue organisations. We need to get them out of Afghanistan to start a new life somewhere”.

Girls are in “grave danger”– Morello

In his letter, Tom Morello said that with Afghanistan taken over by the Taliban, the girls are now in “grave danger”.

The Rage Against The Machine singer wrote, “(Girl With a Guitar) takes in street orphans and other girls that have endured significant trauma and uses music as a rehabilitation tool and means of working through their problems, their histories, and their hopes. I’ve had the honor of collaborating with these wonderful kids”.

He also added that the girls are running scared since the Taliban took over the country. He revealed that the organisation has also been destroyed.

“They are at extreme risk because they are widely known to have performed Western music and have been educated by a male American teacher. Anything you could do to help save their lives would be much appreciated”, he wrote.

The US also completed its withdrawal from Afghanistan, effectively ending their 20 year presence there.

Earlier this month, Morello teamed up with Eddie Vedder and Bruce Springsteen to release a cover of AC/DC’s “Highway To Hell”. Check it out here.

Lily Allen Hits Out At  Richard Ashcroft After He Says Musicians...