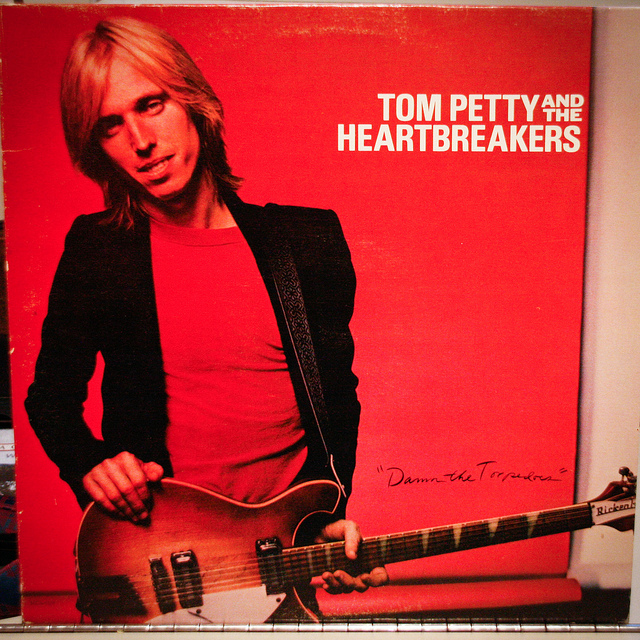 Damn The Torpedoes is the third album by Tom Petty And The Heartbreakers and was released on October 19th, 1979. It was the bands  breakthrough album and was the band’s first top ten album eventually rising to #2 in the US Billboard Charts.

Not long after You’re Gonna Get It, Tom Petty And The Heartbreakser’s label, Shelter, was sold to MCA Records. Petty struggled to free himself from the major label, eventually sending himself into bankruptcy. He settled with MCA and set to work on his third album, digging out some old Mudcrutch numbers and quickly writing new songs. Amazingly, through all the frustration and anguish, Petty & The Heartbreakers delivered their breakthrough and arguably their masterpiece with Damn The Torpedoes.

Musically, it follows through on the promise of their first two albums, offering a tough, streamlined fusion of the Stones and The Byrds that, thanks to Jimmy Iovine’s clean production, sounded utterly modern yet timeless. It helped that the Heartbreakers had turned into a tighter, muscular outfit, reminiscent of, well, the Stones in their prime — all of the parts combine into a powerful, distinctive sound capable of all sorts of subtle variations. Their musical suppleness helps bring out the soul in Petty’s impressive set of songs.

He had written a few classics before — ‘American Girl’, ‘Listen to Her Heart’ — but here his songwriting truly blossoms. Most of the songs have a deep melancholy undercurrent — the tough ‘Here Comes My Girl’ and ‘Even the Losers’ have tender hearts; the infectious ‘Don’t Do Me Like That’ masks a painful relationship; ‘Refugee’ is a scornful, blistering rocker; ‘Louisiana Rain’ is a tear-jerking ballad.

Yet there are purpose and passion behind the performances that makes Damn The Torpedoes an invigorating listen all the same. Few mainstream rock albums of the late ’70s and early ’80s were quite as strong as this, and it still stands as one of the great records of the album rock era.