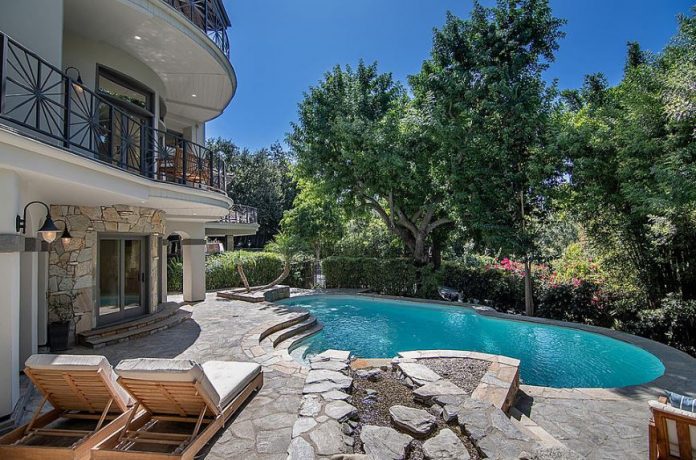 The late Tom Petty’s hillside mansion is up for sale on the market for $4.9 million dollars.

Fans of the legendary singer can put in a bid for this iconic piece of the rocker’s heritage as long as they have the collateral and plenty of that.

The three-story façade with gates has many impressive features which includes a recording studio, stone fireplace, wine cellar, gym and massage room.

There are six bedrooms, eight full bathrooms and two half-baths. An ample amount of windows fill the open spaces with lots of natural lighting throughout.

According to UCR, the estate is beautifully landscaped and filled with trees, along with a gazebo, a patio, a cabana, a fire pit and multiple decks.

And if this does not sound like total bliss, there is a pool and spa complete with cascading waterfall to complete the experience. More details can be found at the home’s official listing.

The original house on the same estate was destroyed in 1987 by an arson attack, Petty and his family had a lucky escape, fleeing from the residence before the fire took hold.

The traumatic experience inspired “I Won’t Back Down,” the song’s defiant lyrics reflected how Petty must have felt about the arsonist at the time.

This new house has certainly none of the previous history and exudes nothing but peace and calm. The estate is situated in the San Fernando Valley, close to Reseda and less than a mile from Ventura Boulevard close to the 101 freeway.

Incidentally, the house was completed in 1989, the same year Petty released his memorable hit song “Free Fallin’,” which references many of these locations.

Petty died in 2017 aged 66, he left behind a legacy of music that was so commercially successful that he was revered as one of the most prolific artists of all time.

The Rock and Roll Hall of Fame sold more than 80 million albums, earned three Grammy Awards and received a star on the Hollywood Walk of Fame. His many hit songs include “Runnin’ Down a Dream,” “Mary Jane’s Last Dance” and “American Girl.”

On This Day In Music: The Echoes Recruited A Young Unknown...