Advertisement
Home Music Moment On The Lips? It’s Just A Shot Away! 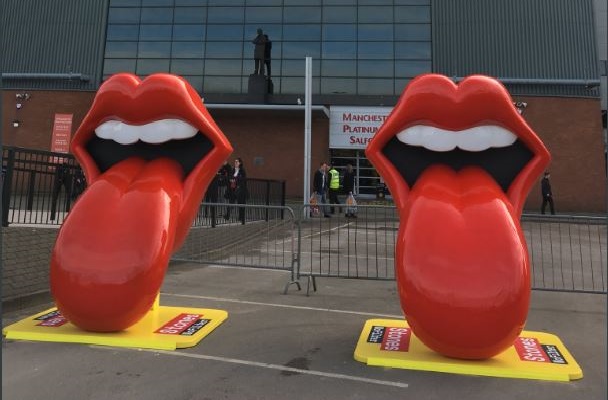 The famous Rolling Stones ‘tongue and lips’ logo has been put on display at Manchester United’s stadium, Old Trafford. Designed for the band in 1970 by artist John Pasche, the logo soon became one of the most instantly identifiable symbols in the world.

The giant size logos will be on display at Old Trafford, until the band’s upcoming gig on June 5th.

The Tongue & Lips have landed at @ManUtd Stadium Old Trafford! If you're attending any upcoming games send in your photos & selfies with the tongues using #StonesNoFilter
The Rolling Stones will play Old Trafford on June 5 2018, find out more at https://t.co/DKiBR3No1m pic.twitter.com/f8qI0j7DXR

The band recently announced their first UK concert in five years adding UK and Ireland dates to their ‘No Filter’ tour. The dates were added after Stones fans were disappointed last year when a lack of suitable venues meant that their European tour couldn’t come here and to Britain.

Meanwhile, fans were left unhappy over exorbitant ticket prices, after it was revealed that the most expensive tickets will set back fans a whopping £450/€508.

The Rolling Stones will play Croke Park on Thursday May 17th 2018.